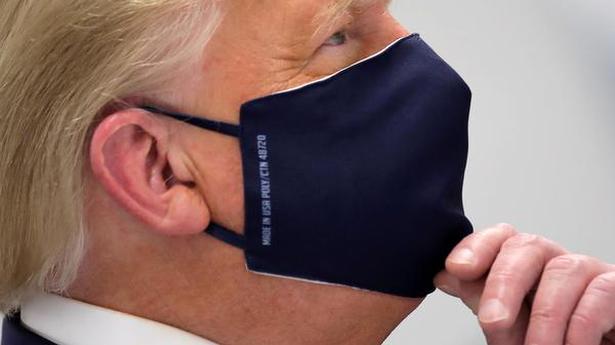 On August 27, the Trump administration had awarded a contract for USD 760 million to Abbott for the delivery of 150 million of these Abbott BinaxNOW rapid tests.

U.S. President Donald Trump has announced plans to distribute a whopping 150 million 15-minute rapid COVID-19 tests in the coming weeks, a decision he said is aimed at supporting efforts to reopen economies and schools immediately.

“Today, I’m pleased to report that we’re announcing our plan to distribute 150 million Abbott rapid point-of-care tests in the coming weeks very, very soon. This will be more than double the number of tests already performed, “ Mr. Trump told reporters in the Rose Garden of the White House on Monday.

“Of these, 50 million tests will go to protect the most vulnerable communities, including 18 million for nursing homes; 15 million for assisted living facilities; 10 million for home, health and hospice care agencies; and nearly 1 million for historically black colleges and universities and tribal nation colleges.

Also read: Data | Why is it necessary to test more to reduce the impact of COVID-19?

“One hundred million rapid point-of-care tests will be given to states and territories to support efforts to reopen their economies and schools immediately and fast as they can,: Mr. Trump said.

For example, the support the administration is providing would allow every state to, on a very regular basis, test every teacher who needs it, he noted, adding that this continues his administration’s critical effort to use testing to protect high-risk communities.

More than 200,000 Americans have lost their lives and over seven million have tested positive for COVID-19.

By last week, the U.S. had conducted 100 million COVID-19 tests, which he said is by far more than any other country, and not even close.

Second seems to be India with 1.5 billion people, and the numbers would be probably at least 50 million more tests by us, he said, adding that the US has conducted more tests than the entire European Union and more than all of Latin America combined.

These new Abbott rapid point-of-care tests are easy to use and return results within just minutes, he said as a key member of his task force gave a real time demo of the testing at the White House. The result is known in a maximum 15 minutes and no machines are required to process them.

Admiral Brett P Giroir, a four-star admiral in the US Public Health Service Commissioned Corps, said that as of Monday, 111 million tests for the virus causing COVID-19 have been conducted.

On 13 separate days, we have achieved tests over 1 million per day, and our average test numbers are now approximately 920,000 per day, he said.

“We are now at an inflection point in testing. We now have available, on average, three million tests per day, not counting pooled testing, which could multiply that number several fold. Nearly half of our current tests are rapid point-of-care,” he said.

On August 27, the Trump administration had awarded a contract for USD 760 million to Abbott for the delivery of 150 million of these Abbott BinaxNOW rapid tests.

The BinaxNOW detects the presence of the COVID-19 antigen. It uses a specific nasal swab and that swab comes with the test.

Vice President Mike Pence described it as a historic day.

Today’s announcement is really emblematic of the public-private partnership that you forged from the early days of this pandemic, he added.