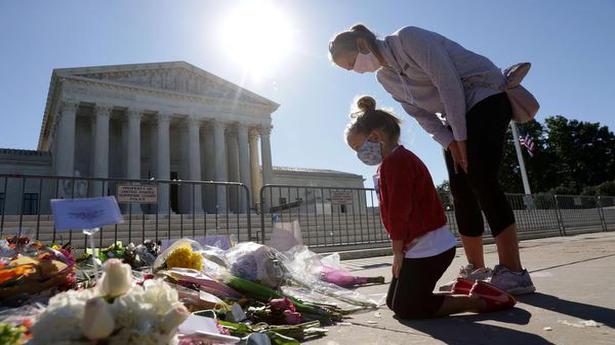 He rejects the view that the Senate should wait to vote on the candidate until the Nov. 3 presidential poll

President Donald Trump said on Monday he will nominate a replacement for the late Ruth Bader Ginsburg on the Supreme Court at the end of this week and insisted that the Senate should vote before the coming election.

“I will announce it either Friday or Saturday and then the work begins, but hopefully it won’t be too much work,” Mr. Trump told Fox News. He said he wants to wait until after memorial services are over.

This will be Mr. Trump’s third nominee for the top court since his 2016 election win, giving him the chance to cement a conservative-leaning majority on the panel for many years to come.

Mr. Trump rejected arguments that the Senate — controlled by his Republican party — should wait to vote on the nominee until after the November 3 presidential election, where he faces Democrat Joe Biden.

“The final vote should be taken before the election. We have plenty of time for that,” Mr. Trump said.

With Ginsburg’s death last week, the constitutional court was left with only eight judges, raising the possibility of a 4-4 split in rulings just as the country enters what is widely predicted to be a close and contentious election. “We don’t want to have a tie,” Mr. Trump said.

He confirmed that two women — Judge Amy Coney Barrett and Judge Barbara Lagoa — feature prominently on his short list, noting that Ms. Lagoa is a Hispanic-American from the vital electoral state of Florida. Ms. Lagoa is “excellent, she’s Hispanic, she’s a terrific woman,” he said. “We love Florida.”

Mr. Trump dismissed reports that Ginsburg’s dying wish, delivered to her granddaughter, was that her seat not be filled before a new President was sworn in. “I don’t know she said that,” he said, suggesting the statement was “written out” by Democratic leaders. “That came out of the wind.”

Mr. Biden, who is ahead in the polls, is leading calls to freeze any nomination process until the results of the election are clear, arguing that for the Republicans to force through a replacement less than two months before voting day is an “abuse of power.”

Mr. Trump rejected this, saying Republican control of the White House and Senate meant he had to move ahead.

“The bottom line is we won the election. We have an obligation,” he said.

If Democrats “were in the same position there is zero chance that they wouldn’t do it,” he said. “They wouldn’t even talk about it. They’d say ‘you’re crazy.’”