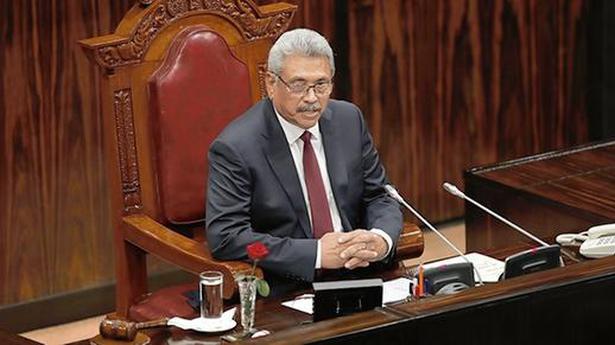 I expect public officials to consciously comprehend the problems of the people and provide solutions, said Gotabaya Rajapaksa.

Sri Lankan President Gotabaya Rajapaksa has directed public officials to treat his verbal orders issued for the common good of people as circular while trying to give quick solutions to problems, warning them of punishment in case of failure.

Mr. Rajapaksa was speaking at Discussion with Villagers forum on Friday at Velanwita village in Haldummulla in the rural central province of Uva, a statement by the President’s media division said.

Consider all verbal orders as circulars, those who neglect will be punished, he was quoted as saying in the statement.

I expect public officials to consciously comprehend the problems of the people and provide solutions. I will always stand by the officials who make the right and unwavering decisions on behalf of the people,” Mr. Rajapaksa said.

Noting that state institutions take a long time to address people’s issues, he said, “if a written inquiry from one institution does not receive a reply from the other institution within 14 days, consider it as approved.”

Rajapaksa has made unannounced visits to public offices since his election as the president in November last year.

He asked the officials to be efficient in dealing with the public.