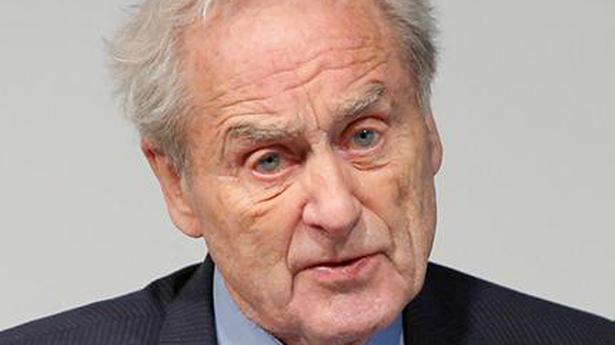 Sir Harold Evans, a British-American Editor whose 70-year career as a hard-driving investigative journalist, magazine founder, book publisher and author made him one of the most influential media figures of his generation, died on Wednesday at the age of 92. Evans died of congestive heart failure in New York, according to his wife Tina Brown.

A former editor of Britain’s Sunday Times and, at his death, Reuters editor-at-large, Evans put a unique stamp on investigative journalism. Championing causes either overlooked or denied, he and his team uncovered human rights abuses and political scandals, and advocated for clean air policies.

One of his most famous investigations exposed the plight of hundreds of British thalidomide children, who had never received any compensation for their birth defects. Evans organised a campaign to take on the drug companies responsible for manufacturing the drug, an effort that eventually won compensation for the families. “All I tried to do — all I hoped to do — was to shed a little light,” Evans said in an interview with the Independent in 2014.

After 14 years at the Sunday Times, Evans became editor of the Times of London shortly after media mogul Rupert Murdoch purchased the paper in 1981. Evans left a year later in a dispute with Murdoch.

Evans received one of the highest honours of the British monarchy when he was knighted by Queen Elizabeth in 2004 for his services to British journalism.

He penned several books, including The American Century and its sequel They Made America, as well as an ode to good writing called Do I Make Myself Clear?.