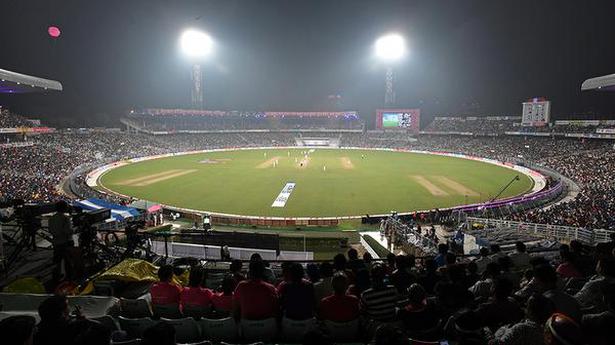 Cricket enthusiasts in the 19th century got little support from the colonial Army,

Kolkata’s Eden Gardens, India’s oldest cricketing ground, came about as the third-time-lucky effort of fans in 1864, after two attempts to have a good venue for the sport failed, because it was seen as an encroachment, and due to objections raised by the British Army at Fort William.

That story emerges from colonial documents at the Directorate of State Archives, West Bengal with other interesting facts on the history of cricket in India. A documentary has been made on this piece of sporting history. The first cricket club outside Britain was the Calcutta Cricket Club founded in 1792, and the first match was played 12 years later between the Etonians, senior civil servants and other company officials.

Also read | In the Garden of Eden

Sumit Ghosh, the Archivist at the State Archives, says the match was played in front of Government House which is the Raj Bhawan of the present day on January 18 and 19, 1804. “In 1825 the club got a plot of land on the Maidan between Government House and Fort William to be used as a cricket ground,” he told The Hindu.

In 1841, the club was permitted to enclose the ground with a fence. But the Army at Fort William, described the club as an “encroacher” and in 1853, the Chief Magistrate of Calcutta wrote to Cecil Beadon, Secretary to the Government of Bengal, on this act of “forceful occupation”.

Mr. Ghosh says Cricket Club of Calcutta authorities then looked for an alternative ground and at ₹1,000, found a new one, fenced it and made it playable. To their dismay they realised that a new road into Fort William was being built, which would cut into the ground. The Club officials appealed but their pleas were rejected.

Also read | There is something about the Eden Gardens

The road to Eden Gardens is traced in a documentary titled Edener Itikatha (History of Eden Gardens) by Mr. Ghosh. “There is so much of recorded history but so little known to common people walking past these grounds. It is important that people know that in the mid-19th century, the vast Maidan was also used as pasture,” he adds. The Archives say Matabooddin Sirkar, a native took the land on lease for one year from February 1, 1854 to January 31, 1855 at a rent of ₹500. That contract allowed horse, cow, goat, sheep, donkey to graze, but not pig and buffalo.

Archivist Sarmistha De, who has worked on the area, says“State Archives from the mid-19th century show that Maidan was a zone of contention between the British military and British civil society. While the military thought it should mainly be for their purposes and monitoring of Fort William area, another section was actively considering it as a recreation zone with cricket as a part of that”.

After two failed attempts, in 1864, land was laid out for a ground for Calcutta Cricket Club in the extended part of Eden Gardens.

Eden Gardens made its first appearance during the time of Governor-General Lord Auckland (1836-42). Originally ‘The Auckland Circus Gardens’, the area south of Baboo Ghat changed to ‘Eden Gardens’. The Archives say Baboo Rajchunder Doss, husband of Rani Rashmoni gifted this land after Lord Auckland and his sisters Emily Eden and Fanny Eden helped him save his third daughter from a deadly disease. Eden Gardens, many believe, may be commemorating the Eden family.

“In 1868 there was a proposal for a new building of the Calcutta Cricket club ground but it was not sanctioned by the Government. The construction of a pavilion was sanctioned by the Government of India in their Military Department’s letter no. 699, dated the on April 19, 1871,” Mr. Ghosh says. The conditions imposed were club being at any time required to do so promptly remove the erection without any compensation.

“Now many people know that in 1856, a Pagoda was set up in the gardens and which has been a principal interest of the gardens. The Pagoda was built in Prome in the year 1852 by Ma Kin, wife of Moung Honon, Governor of Prome, Burma. The Pagoda was taken to Calcutta in 1854 by the order of Lord Dalhousie,” Mr. Ghosh said, adding that Pagoda still stands towards the northern part of the stadium.