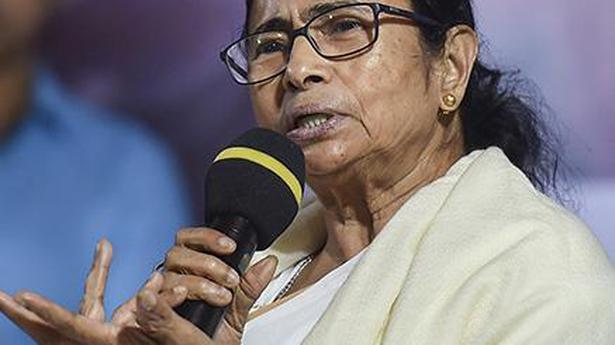 Eight MPs of the Opposition parties, including two from Trinamool Congress, were suspended from the Rajya Sabha for “unparliamentary behaviour”.

Describing the suspension of eight MPs in Rajya Sabha as unfortunate, West Bengal Chief Minister Mamata Banerjee on Monday said that the development was “reflective of this autocratic government’s mindset that doesn’t respect democratic norms and principles”.

“We won’t bow down & we’ll fight this fascist Govt. in Parliament & on the streets. #BJPKilledDemocracy,” she said on social media. Ms. Banerjee also added that the MPs were fighting to protect the interest of farmers.

Eight MPs of the Opposition parties, including Derek O’Brien and Dola Sen of Trinamool Congress, were suspended from the Rajya Sabha on Monday for their “unparliamentary behaviour” in the Upper House on Sunday, during the passage of two agri-reform Bills.