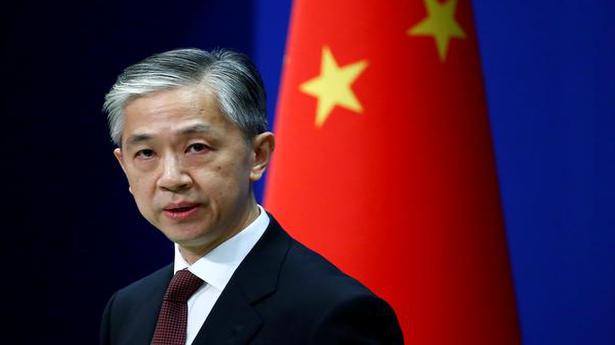 Taiwan has been ruled separately from China since the end of a civil war in 1949, but Beijing considers the island part of its territory awaiting reunification.

China ramped up its rhetoric over Taiwan on Monday, describing any support for its independence as “doomed to fail”, and threatened retaliation against U.S. diplomatic visits to the island.

Taiwan has been ruled separately from China since the end of a civil war in 1949, but Beijing considers the island part of its territory awaiting reunification.

The island is a flashpoint with Washington, which promises military support to the elected government and has sent two envoys to Taipei in as many months.

At a press briefing on Monday, the Foreign Ministry said that the envoys’ visits were a “political provocation” and threatened retaliation.

He warned that the U.S. actions will “further damage the cooperation” between the U.S. and China.

Mr. Wang added that any support for Taiwan’s independence is “doomed to fail”.

Beijing rejects any recognition of Taiwan and has mounted a decades-long policy of marginalising the democratic island.

Washington’s increased outreach to Taiwan under President Donald Trump is among a catalogue of sore points with Beijing as the countries clash over issues, including trade, security and the pandemic.

The U.S. Undersecretary of State for economic growth, energy and the environment Keith Krach wrapped up a trip to Taiwan at the weekend, following on the heels of a trip by U.S. health chief Alex Azar in August.