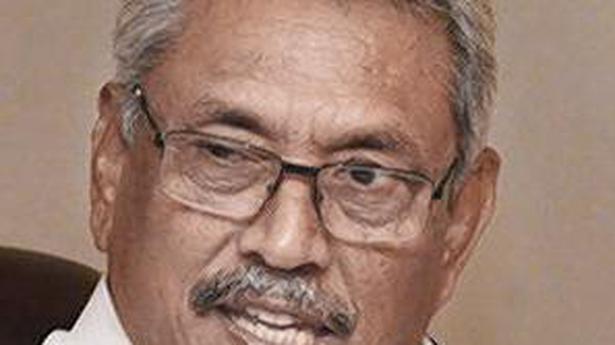 “We don’t want 20,” members of the main Opposition party Samagi Jana Balawegaya (SJB, or United People’s Front) chanted in chorus. The party is mulling moving the Supreme Court, according to political sources, to challenge the draft Amendment that greatly enhances the powers of the Executive President, while replacing the preceding 19th Amendment of 2015 that sought to clip them. In addition to strengthening the ambit and power of the President’s office, the Bill envisages a diminished role for the Prime Minister and Parliament.

Last week, the government said it would revisit the Amendment and Prime Minister Mahinda Rajapaksa appointed a committee to study the proposed legislation and give recommendations.

However, it appears that no changes have yet been made to the draft that has triggered concern among public intellectuals, activists and government critics.

Commenting on the draft 20th Amendment in a recent column, senior political scientist Jayadeva Uyangoda termed it a “constitutional bombshell”.

Calling for resistance, prominent civil society activist Paikiasothy Saravanamuthu wrote “we cannot descend into majoritarian, populist, and authoritarian dynastic rule upon which the militarisation of our society will be set in stone for the foreseeable future and generations to come”.

Other oppositional voices, including from Tamil political parties, have cautioned that the Bill might take Sri Lanka on the path to “autocracy” and “dictatorship”.

Sri Lanka’s Attorney General, the government’s chief legal adviser, has said the draft Bill of the 20th Amendment will not require a referendum, and could be enacted by with a two-thirds parliamentary majority, which the ruling party of the Rajapaksas has comfortably secured after its big win in the August general election.