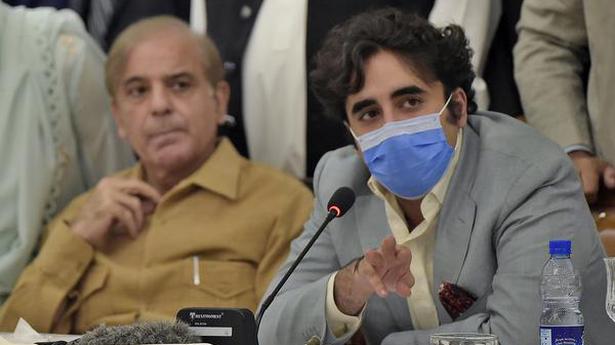 He was to lead efforts against govt.

Shehbaz Sharif — who heads the Opposition in the country’s National Assembly — was arrested in Lahore after the eastern city’s high court rejected a bail plea in a money-laundering case.

“We are not scared of these arrests,” said Marriyum Aurangzeb, spokeswoman for Sharif’s Pakistan Muslim League Nawaz (PML-N).

Mr. Sharif is the brother of three-time Prime Minister Nawaz Sharif, who was ousted over corruption allegations in 2017 and is currently residing in Britain after being released from prison earlier this year for medical treatment.

The arrest comes as Opposition parties have reignited efforts to remove Mr. Khan from office, vowing earlier this month to launch a protest movement in the coming weeks demanding the government’s resignation.