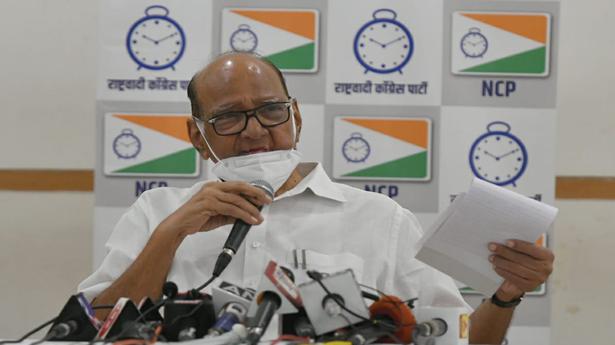 The NCP chief said the Income Tax department has sought his “clarification and explanation” on some poll affidavits furnished by him.

NCP chief Sharad Pawar on Tuesday said the Income Tax department has served him a notice in connection with his poll affidavits submitted to the Election Commission.

Talking to reporters here, Mr Pawar said the Income Tax department has sought his “clarification and explanation” on some poll affidavits furnished by him.

“I got the notice yesterday…We are happy that they (the Centre) love us from among all the members…The notice was served by Income Tax after the Election Commission asked (it) to…We will reply to the notice,” he said.

He was responding to a query on reports that his daughter and Lok Sabha member Supriya Sule, Maharashtra Chief Minister Uddhav Thackeray and Environment Minister Aaditya Thackeray had received similar notices from the Income Tax department.

Mr Pawar also made light of reports about moves for imposing the President’s rule in Maharashtra.