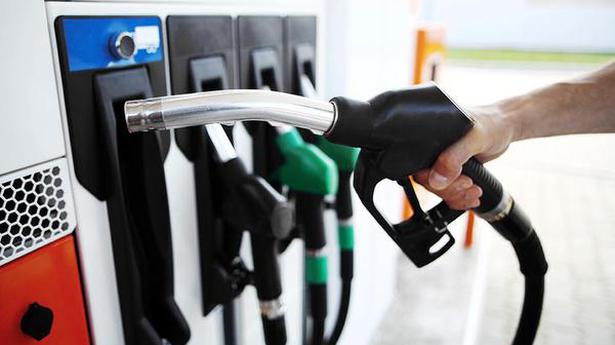 Imported biofuel is reportedly blended with diesel and sold at a low price.

Petroleum dealers and oil marketing companies (OMCs) in the State are concerned over the sale of a spurious product in the name of biodiesel to truckers.

The product is being sold ₹15 cheaper than the price of regular diesel, said oil industry sources.

“Our fuel outlets are not involved in this sale. Imported biofuel is being blended with diesel and some chemical and they are selling them in bulk to fleet owners using tankers. In the long run, this product corrodes the engine and leads to the vehicle being discarded,” said a dealer in Erode district.

“One dealer in Tiruvallur lost around 60 KL because of it. When price of diesel goes up in neighbouring Andhra Pradesh, we usually see a hike in sales in bordering areas. But that is not there now. Instead, bulk customers have just moved to buying this fuel and are tanking up on it to save money,” said another dealer.

An oil industry expert said this was a pan-India issue. “Dealers in Gujarat have said they would stop purchase this month-end if the government and oil marketing companies do not take steps to curb the menace. Also, imagine the cost to the environment. At a time when the country has switched over to the cleaner BS-VI fuel, this could prove detrimental to the whole exercise,” he pointed out.

K.P. Murali, president, Tamil Nadu Petroleum Dealers Association, urged the Centre to order a CBI inquiry into the issue. “We had sought the assistance of the State government and in some districts, the Revenue Department swung into action and has arrested a few people. We need a thorough investigation into the matter,” he said.

Indian Oil Corporation Executive Director (Tamil Nadu) and State Level Oil Industry coordinator P. Jayadevan said the industry had taken up the issue with the State government and raids had been conducted and vehicles seized. The Ministry had also written to the State government, he added.