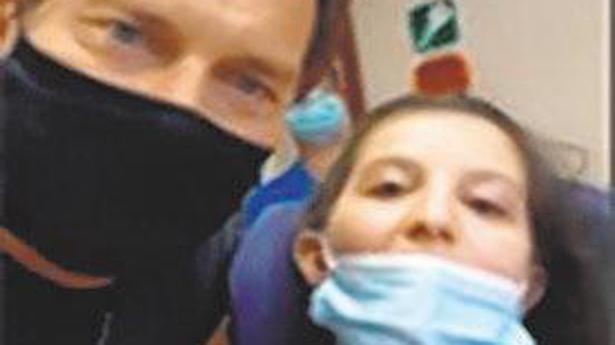 Ilenia Matilli, an 19-year-old footballer with Lazio’s women’s team but a great fan of city rival Roma, was left in a coma last December by a car accident in which her friend was killed.

Roma legend Francesco Totti on Monday visited a teenage girl in hospital who emerged from a nine-month coma after hearing a recording of the former Italian football star’s voice.

Ilenia Matilli, an 19-year-old footballer with Lazio’s women’s team but a great fan of city rival Roma, was left in a coma last December by a car accident in which her friend was killed.

Former World Cup winner Totti had recorded a video message a few months ago, urging: “Ilenia don’t give up, you’ll do it, we are all with you”.

“She smiled at me, hugged me and started crying,” Totti said after a long meeting. “It was very exciting to meet Ilenia. When she comes out of hospital we will meet again.”

Matilli can still not speak, but makes herself understood by gestures and expresses herself through a tablet on which she writes.

“Don’t give up, you’ll make it,” said Totti. “Hurry up and get well. I’ll come and visit you at home when you can talk and walk.”

“Francesco accepted immediately, you can see that he is a person with a good heart, talking to him today in the hospital was like talking to a brother,” said Ilenia’s father Stefano.