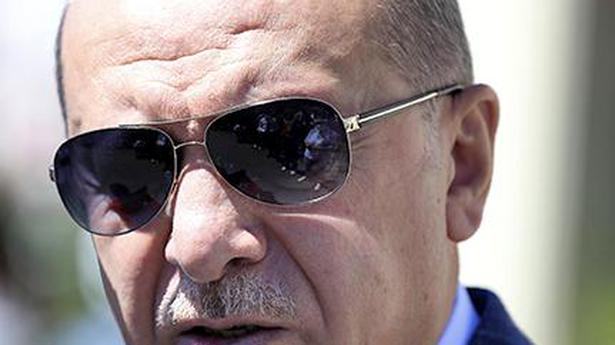 A day after Pakistan’s foreign minister brought up Kashmir during a speech at the United Nations 75th anniversary commemoration event, the issue was raised again – this time by Turkish president Recep Erdogan during his general debate remarks.

“The Kashmir conflict, which is also key to the stability and peace of South Asia, is still a burning issue. Steps taken following the abolition of the special status of Jammu-Kashmir further complicated the problem,” Mr. Erdogan said via a recorded video message. India had abrogated Article 370 (special status for the former state of Jammu and Kashmir) and reorganized the former state into the Union Territories of Jammu and Kashmir and Ladakh.

In August this year India had called “unwarranted” similar remarks made by a Turkish Foreign Ministry spokesperson. In February Mr. Erdogan, on an offical visit to Pakistan, told its parliament that the Kashmir issue was as close to the Pakistanis as it was to the Turkish people.

“We are in favour of solving this issue through dialogue, within the framework of the United Nations resolutions and especially in line with the expectations of the people of Kashmir,” Mr. Erdogan said on Tuesday.