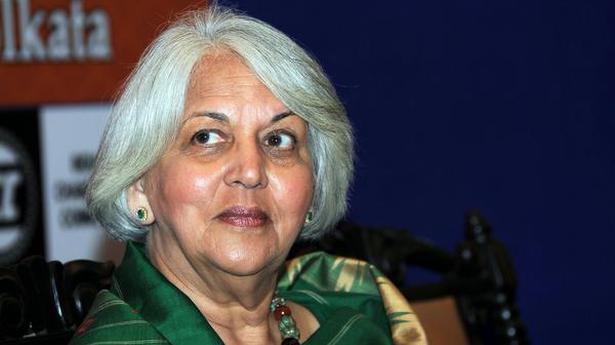 The former chairperson of the Indian Council for Research on International Economic Relations, which she is credited with transforming into a research institution to reckon with, had been battling cancer over the past ten months

Dr. Isher Judge Ahluwalia, a renowned economist and Padma Bhushan awardee, who had also worked extensively on issues related to urbanisation and education, passed away on Saturday in the national capital.

Fondly known as Isher by her colleagues and friends, the 74-year old, who was married to former Deputy Chairperson of the erstwhile Planning Commission Montek Singh Ahluwalia, was battling cancer over the past ten months.

Her demise comes little over a month after she stepped down from the chairpersonship of the Indian Council for Research on International Economic Relations (ICRIER), which she is credited with transforming into a research institution to reckon with.

Dr. Ahluwalia was ICRIER’s chairperson for a period of 15 years till she resigned citing her declining health. Prior to that, she had been the director and Chief Executive of the think tank since 1998.

Also read: ‘Breaking Through: A Memoir’ review: The quiet economist who shattered the glass ceiling

Awarded the Padma Bhushan by the President of India in 2009 for her services in the field of education and literature, Dr. Ahluwalia had also curated and chaired the ICRIER-India Habitat Centre ‘Conversations on Urbanisation’ and had gone on to lead a high-level expert group on urban infrastructure and services for the Centre.

“Her outstanding leadership and deep commitment meant that ICRIER became synonymous with her and with the qualities of excellence, integrity and independence she embodies. It was during her tenure that ICRIER rose to be ranked as India’s best think tank in international economic policy and international development for years on and continues to occupy that preeminent position,” a statement from the institution in early August had noted.

ICRIER’s board had appointed Pramod Bhasin to succeed her as chairperson but Dr. Ahluwalia was named Chairperson Emeritus, a position specially created to honour her exceptional contributions to ICRIER. “Her shoes are impossible to fill,” Mr. Bhasin, founder of Genpact and former president and CEO of GE Capital India and Asia, had commented at the time.