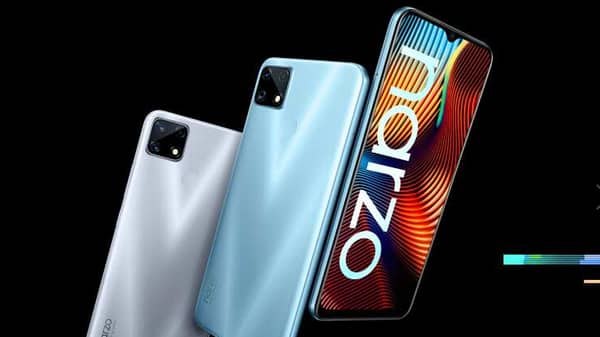 The Realme Narzo 20 is powered by MediaTek Helio G85. The octa-core chipset is clocked at up to 2.0GHz and is paired with ARM Mali-G52 GPU. According to Realme, the Helio G85 reaches 200,000+ in Antutu Benchmark.

The Realme Narzo 20 features a 6000mAh battery unit. According to Realme, the phone is capable of lasting for 45 days in standby mode. The smartphone also features the special OTG reverse charge, and is equipped with 18W fast charge.

The Realme Narzo 20 comes with a triple camera setup. The phone comes with a 48MP primary lens with an aperture of f/1.8. The primary camera is assisted by an 8MP ultra-wide-angle lens and Macro lens

The phone comes equipped with a 6.5-inch screen with an aspect ratio of 20:9. The Realme Narzo 20 gets a notch to house the front facing display which also helps it to get the screen ratio up to 88.7%.