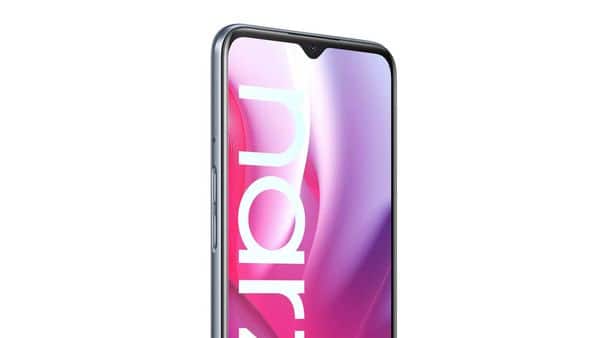 Realme has released three new smartphones in India. The new Narzo 20 series starts from the budget range and goes all the way to mid-range with the Narzo 20 Pro. The three Narzo phones will be made available later this month right in time for the festive season sales.

The cheapest of the range of new smartphones is the Narzo 20A. The phone is being pitched for a gaming audience at a budget price segment.

The phone comes with a 6.5-inch 20:9 screen. The Realme Narzo 20A screen gets a screen to body ratio of 88.7%. The selfie camera is housed in a waterdrop notch.

The realme narzo 20A is equipped with a triple camera and features a 12MP primary lens, B/W lens and Retro lens. The primary camera gets an aperture of f/1.8 and 1.25μm pixel size.

Apart from that the setup gets a B&W/Retro Lens for portraits in black and white. This lens, the company claims, provides higher exposure and enhanced contrast between light and dark images. The selfie camera on the Realme Narzo 20A gets an 8MP sensor with support for HDR mode and portrait mode.

The device comes with a battery capacity of 5000mAh and supports OTG reverse charge. The phone, however, does not get fast charging capability.