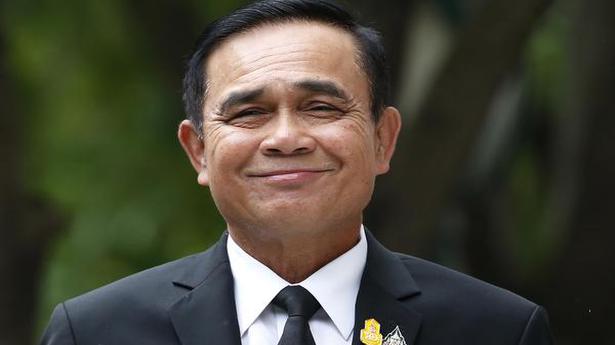 Thai lawmakers met Thursday to vote on six proposed amendments to the country’s military-backed constitution, as protesters pushing for charter reform gathered outside the Parliament building.

Changes to the constitution are one of three core demands that a coalition of protest groups has been seeking in recent months. The groups, which on Sunday held one of the biggest protest rallies in years, also want new elections and an end to intimidation of political activists, saying they are needed to strengthen democracy.

The protests, spearheaded by students, come as Prime Minister Prayuth Chan-ocha’s government faces broader criticism that it is ineffective and without direction as the economy sputters due to the knock-on effects of the coronavirus pandemic.

The government is also under pressure from some influential Thai royalists chagrined that the protesters are seeking unprecedented reforms to the monarchy, a sacrosanct institution to conservatives.

The current charter was written under the auspices of the military junta that took power after a 2014 coup and pushed it through in a referendum in which campaigning for a no vote was illegal. Prayuth led that coup, headed the military government and was named prime minister again after last year’s general election, held under the rules laid out by the new charter.

The constitution’s critics say its main aim was to secure the grip on power of the country’s traditional ruling elite – royalists, unelected bureaucrats and the military – by breaking that of political parties.

The constitution does not come from the people 100%, said Kanyakorn Suntornprug, a 20-year-old rallying outside Parliament. Even if in the past, it was not 100% democratic but at least there was some participation from the people.

The two-day debate on the amendments, which started Wednesday, is seen largely as an attempt to placate the protesters and ease pressure on the government. Voting by both houses of Parliament was expected to be completed late in the night.

While there is growing agreement that changes to the constitution are needed, there’s wide divergence over what those changes should be.

Key sections in dispute include the position and privileges of the monarchy – which protesters want to see redefined – and the role and powers of the unelected Senate.

The Senate’s 250 appointed members are seen as unequivocal backers of the present government and greatly influenced by the military. Most controversially, they are allowed to vote in the selection of a prime minister, a provision critics slam as fundamentally anti-democratic.

There are six proposals for charter amendment: one from Prime Minister Prayuth’s governing coalition and five from the opposition.

The one point both sides support is amending Section 256, which would establish a Constitution Drafting Assembly to write a new charter from scratch. The process could take as long as two years to complete.

However, it is unclear if enough senators would support the measure for it to pass, because voting on the amendments is conducted by a joint sitting of both houses. For any motion to pass it will need the support of at least a third of the senators, making victory uncertain even for the government’s draft supporting revision of Section 256.

Thailand, which has seen more than a dozen coups, has had 20 constitutions since the end of direct rule by kings in 1932.