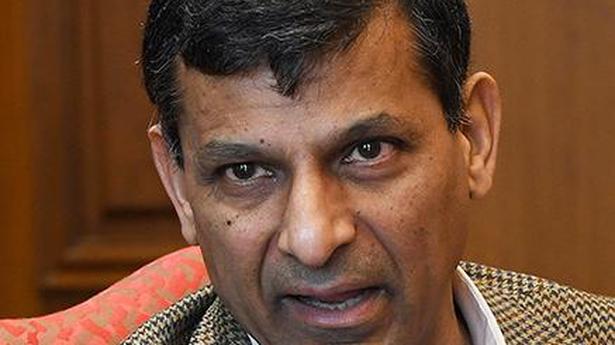 Former RBI Governor Raghuram Rajan on Monday suggested that the government should privatise select public sector banks, set up a bad bank to deal with NPAs and dilute the Department of Financial Services’ role.

The reforms are necessary to ensure growth of banking activity without the periodic boom-bust cycles, Dr. Rajan and former RBI Deputy Governor Viral Acharya said in a paper titled ‘Indian Banks: A Time to Reform?’.

“Re-privatisation of select PSBs can then be undertaken, bringing in private investors who have both financial expertise as well as technological expertise; corporate houses must be kept from acquiring significant stakes, given their natural conflicts of interest.

Noting that the government obtains enormous power from directing bank lending, they said sometimes this power is exercised to advance public goals such as financial inclusion, sometimes it is used to offer patronage to or exercise control over industrialists.

“Winding down Department of Financial Services in the Ministry of Finance is essential, both as an affirmative signal of the intent to grant bank boards and management independence and as a commitment not to engage in ‘mission creep’ when compulsions arise to use banks for serving costly social or political objectives.”

Private and national asset management ‘bad banks’ should be encouraged in parallel to the online platform for distressed loan sales.

On bad loans, they said out-of-court restructuring frameworks can be designed for time-bound negotiations between creditors of a stressed firm, failing which the National Company Law Tribunal filing should apply.