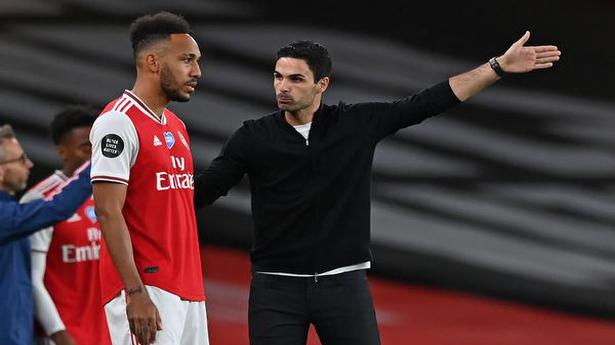 Mikel Arteta has “changed the mood” around Arsenal, according to Liverpool boss Jurgen Klopp with the Gunners rejuvenated by winning the FA Cup, Community Shield and their opening two games of the Premier League season.

However, the toughest test of what Arsenal can aim for this season comes on Monday with a trip to Anfield, where Klopp’s men have not lost in 60 league games.

Arteta described Liverpool’s home as the “toughest place in the world” to go, but Arsenal can take confidence from two victories over the Premier League champion in the past three months.

A look at the three key battles where the game will be won and lost.

Pierre-Emerick Aubameyang has been the key figure in Arsenal’s revival, scoring twice in the FA Cup semifinals and final plus the winning penalty in the shootout against Liverpool in the Community Shield.

Arteta has followed Klopp’s example by using his biggest goal-threat cutting in from a wide area and Aubameyang will look to exploit the space left by Alexander-Arnold as he marauds forward.

Liverpool signalled its intent to defend its crown by adding a world-class talent in Thiago Alcantara to a team of winners.

An injury to Jordan Henderson means Thiago is likely to make his first start on Monday and Granit Xhaka has the unenviable task of stopping him dictating the game.

Mohamed Salah’s hat-trick on the opening day of the season against Leeds took his tally in Premier League games for Liverpool at Anfield to 51 in 57 home games.

Kieran Tierney is facing Liverpool away for the first time and has added more steel to the left side of the Gunners’ defence.

Salah scored six times in his first six appearances against Arsenal, but failed to find the net the last two times against Tierney.