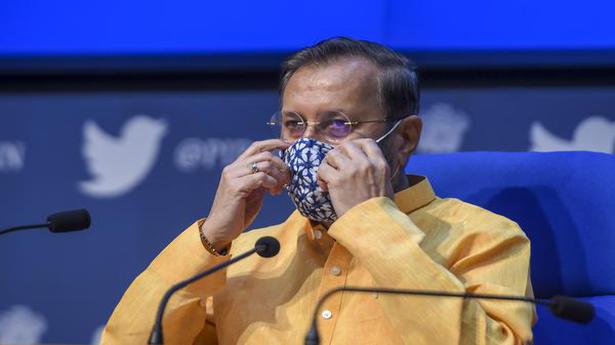 Information and Broadcasting Minister, Prakash Javadekar slammed the Congress following the incident of Youth Congress workers setting a tractor on fire at the India Gate in Delhi, alleging that the Congress has been misleading farmers on the three new farm legislations, aimed at liberalising the agriculture sector.

Mr Javadekar said, “Congress stands exposed and is misleading the farmers. They are doing drama in the name of farmers and politics on it.” He also charged the Congress with duplicity. “In their 2019 manifesto, they promised a similar law. In fact, Manmohan Singh ji has over the years, spoken many times about these laws. So their manifesto and Manmohan ji will say one thing and they will do the opposite,” the Minister alleged.

Earlier in the day former Congress president Rahul Gandhi in a tweet said the three agricultural laws are a death sentence for farmers and that their voice has been crushed within and outside Parliament.