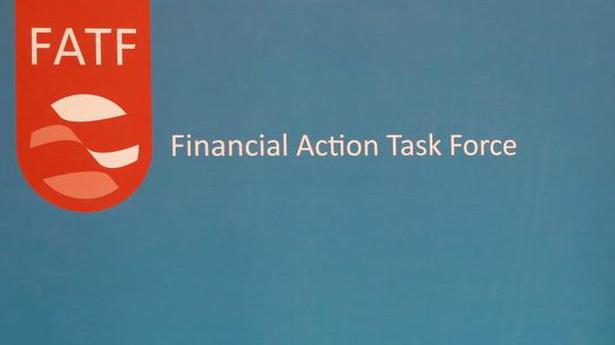 Last week, a meeting of the Asia Pacific Joint Group (APJG) of the FATF reviewed actions taken by Islamabad against terror-financing and money laundering.

As a plenary session of the Financial Action Task Force (FATF) prepares to make a final decision on Pakistan’s “grey list” status at a meeting on October 21-23, Islamabad’s actions against 26/11 attackers will be under the scanner as part of the 27-point action list it has been handed to complete, sources said.

Last week, a meeting of the Asia Pacific Joint Group (APJG) of the FATF reviewed actions taken by Islamabad against terror-financing and money laundering. The group, comprising nine members including the U.S., U.K, France, Germany, China, India, Australia, New Zealand and Japan had last year recommended that Pakistan would stay on the grey list or “jurisdiction under increased monitoring” as the grey list is known.

The sources said while Pakistan had made “some progress” on the 27-point action plan, it is “likely” to be retained on the grey list. However, the sources added that Pakistan is unlikely to be downgraded to a black list at present as has been speculated, due to several countries including China, “who tried their best to support Pakistan’s poor performance” at the APJG.

On Thursday, China’s outgoing Ambassador to Pakistan Yao Jing said the October meeting of the FATF would “go well” for Pakistan, according to a readout of his farewell call on Pakistan’s Economic Advisor Abdul Hafeez Shaikh in Islamabad.

Subsequently on Sunday, Pakistan’s Minister for Industries & Production Hammad Azhar said he “hopes” Pakistan will be taken off the grey list soon, and that dealing with the FATF’s requirements and boosting tax revenues are the government’s two biggest economic priorities at present.

Islamabad has also been very vocal on the need to work on FATF requirements, where it had been cleared on 14 of 27 points at last count, and has pushed a slew of FATF-related bills through its parliament, tightened strictures on designated terrorists like Zaki Ur Rehman Lakhvi and Dawood Ibrahim, while maintaining it is abiding by UNSC sanctions against groups like the LeT, JeM, Al Qaeda, ISIS and others.

A government official dismissed the actions, pointing out that ahead of each FATF review, Pakistan’s security agencies carry out arrests, seizures and display action against terrorists to evade black-listing.

The official cited a case in which an anti-terrorism court in Pakistan convicted three key figures linked to the Lashkar-e-Taiba (LeT) and the associated Al-Hamd Trust on August 28. However, the court let off Abdul Rahman Makki — second-in-command of the LeT’s political arm Jamaat-ud Dawah (JuD) — with only 18 months of jail and a small fine, purportedly stating that he was the general secretary and, therefore, did not have any decision-making powers.

“Going by the past experience, we suspect that they will soon be released on bail, after the FATF’s meeting in October,” the official said.

Another official pointed out that despite having received evidence of his role in the 26/11 Mumbai attacks, the Pakistani establishment had not taken any strong action against Sajid Mir. LeT operations chief Zaki-ur-Rehman Lakhvi, who was granted bail about five years ago, is untraceable, along with his son-in-law Yusuf Muzammil, who was also involved in the Mumbai attacks.

“LeT chief Hafiz Saeed, who has already been convicted and sentenced to 11 years of jail, is not even behind bars. According to Pakistani agencies, his whereabouts are not known,” said the official.

The sources said they expect the U.S. will take a lead in holding Pakistan to account on these cases, citing a recent meeting of the India-U.S. Joint Working group on Counter Terrorism, that severely criticised Pakistan’s record.

A joint statement issued on September 10 stressed the “urgent need for Pakistan to take immediate, sustained, and irreversible action to ensure that no territory under its control is used for terrorist attacks, and to expeditiously bring to justice the perpetrators of such attacks, including 26/11 Mumbai and Pathankot.”

Pakistan had lodged a protested against the statement with the U.S. government.