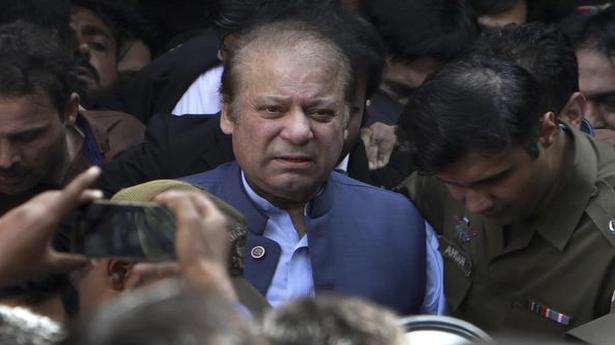 The Registrar of the Islamabad High Court (IHC) issued a written order about the proceedings on the appeal by Sharif in Al-Azizia and Avenfield graft cases, the Dawn News reported

A Pakistani court has ordered Nawaz Sharif to appear before it by November 24 to avoid being declared a proclaimed offender after the former premier allegedly refused to receive non-bailable arrest warrants at his residence in London.

The Registrar of the Islamabad High Court (IHC) on Friday issued a written order about the proceedings on the appeal by Sharif in Al-Azizia and Avenfield graft cases, the Dawn News reported.

They told the court that efforts were made in compliance with the court orders to effect service of non-bailable warrants of arrest on Sharif to ensure his attendance in the court.

Despite efforts, that service of warrant, issued by the Islamabad High Court on September 15, could not be effected, they said.

Irked by the attitude of Mr. Sharif’s representatives at his residence in London, the High Court on October 7 ordered that the advertisements be issued in newspapers to summon him.

The court directed the federal government to bear the cost of the advertisements in the Dawn and Jang newspapers.

The government later told the court that ₹60,000 were paid for advertisement in the nominated papers.

The court has asked Mr. Sharif to appear before it by November 24 otherwise he would be designated as a proclaimed offender. The proclamation may result in the confiscation of his properties as well as passport.

Mr. Sharif has been living in London since November last year after he was allowed by the courts and the government to go there for a period of eight weeks for medical treatment. But he did not come back, while his lawyers told the court that he was still recovering.

However, he made a scathing speech on September 20, blaming the armed forces for interference in politics.