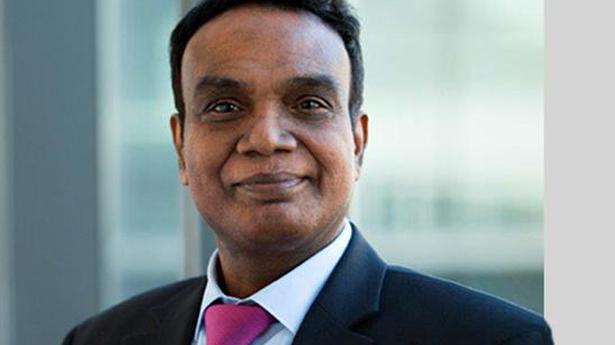 Out of the $20 billion in loans issued by the Beijing-based Asian Infrastructure Investment Bank (AIIB), about $6 billion has gone to India, the bank’s second-largest shareholder after China, says D.J. Pandian, who, as the lender’s vice-president of Investment Operations, oversees all sovereign and non-sovereign lending in South Asia and Southeast Asia. Before moving to Beijing, Mr. Pandian spent 35 years in the Indian Administrative Service. Excerpts:

How has the AIIB been involved in infrastructure projects in India so far?

As far as India is concerned, the pipeline of projects is very, very strong. We have supported around $5 billion worth of projects in India.

The bank will complete 5 years in January 2021, and we may add another $ 1 billion in India by then, and maybe it will be $6 billion in total.

The bank has just started, building up the team and policies. Out of the total $20 billion of projects approved, $6 billion has come to India, which is almost one-third.

We are supporting unique projects, including the Chennai Metro Corridors Four and Five and Chennai Peripheral Ring Road, which are at an advanced stage, and the Grand Anicut scheme to modernize the canal system in the Cauvery delta region which we are preparing with the government of Tamil Nadu, which will help save almost 20% of water leakages.

The Delhi-Meerut Regional Rapid Transit System is a high-speed rail that will reduce travel time from three to four hours to within one hour. This is being co-financed with the Asian Development Bank. We have four urban transport projects in Mumbai, including the multimodal transport corridor with a metro and train, plus road transport and a service road for two-wheelers, which is a futuristic project and an example of our emphasis on “infrastructure for tomorrow.”

In the beginning, 70%-80% of all our projects were co-financed with the World Bank or ADB. Today it is the other way around, and 70% to 80% are standalone. We have been able to build up our teams and develop the confidence in the Bank. Currently we do not have local presence, and when that comes, we will be able to do more standalone projects.

In June, the AIIB announced a $750 million loan to India for COVID-19 assistance. Are there other projects being considered this year?

There are at least two regular investment projects which we can take up to the Board in the next 2-3 months. One is a power transmission line project in Assam which is around $300 million, and the other is the Delhi-Meerut high speed rail which is $500 million.

Also, we may look at two cities in Punjab, Amritsar and Ludhiana, for water supply municipal rejuvenation projects, co-financing with the World Bank.

In July, President Jin Liqun said on current India-China tensions, that the bank’s decision-making is only based on economic merits; will the problems between the two biggest shareholders impact the bank?

President Jin is absolutely right. We are apolitical. Our decisions are based on the merit of the project, not on what is happening, or on internal or external problems. So far, there is no evidence to say that we have taken political decisions.

China is the largest shareholder; so some in India, including the Opposition, have criticised the government for taking loans in June, saying you’re a Chinese bank…

This is a lesson for us, that we need to educate people about what the bank really is, and build our brand. We are very, very, apolitical. We are a multilateral bank of 103 members, of which 77 are active members. All of Europe are Bank members. Canada, Australia, New Zealand are also members.

The Vice President of Investment Operations is an Indian!

How has COVID-19 changed the projects for AIIB?

We have already been able to build-up a pipeline of projects in Asia. Those conventional infrastructure projects that were already at an advanced stage, we were able to bring it to the Board for approval.

As soon as the COVID response facility was set up, when it began as an emergency response led by the World Bank, we have also committed almost $ 13 billion, of which so far we have approved $ 6 billion, mainly to take care of emergency response. This is for both health preparedness and to provide liquidity to the governments so that they can buy equipment, particularly medical equipment, and enlarge hospital facilities to take care of their immediate requirement.

The COVID-19 pandemic is a health crisis, but fortunately there hasn’t been a financial institutional crisis. We are a AAA-rated bank and our equity base is $20 billion, which is already subscribed. So we can raise another $50 billion anytime. So we are very, very comfortable, financially.

This year, the annual session gave us a direction on “infrastructure for tomorrow”. Of course, there are many low income countries that needed infrastructure of day before yesterday!

Also, it should be clean and green. Even in housing, for instance, we are looking at some affordable housing projects and how we can incorporate green concepts there too.

The AIIB has said it will stop funding coal projects. Is this a blanket ban?

The operations team has taken a very conscious decision that if the country has so many other projects, then coal is not our priority. And fortunately, we haven’t seen much demand for coal projects, and most energy projects that have come to us are either gas based or renewable energy project.