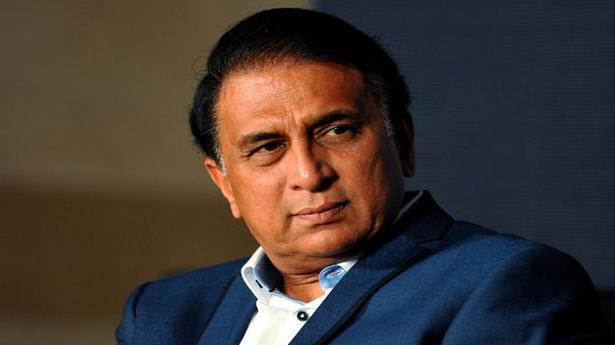 Sunil Gavaskar did put forth a few suggestions for the T20 cricket which could be seriously considered by the lawmakers of the game.

The legendary Sunil Gavaskar believes that T20 cricket doesn’t need much tinkering as it is in “pink of health” but custodians of the game can consider allowing two bouncers per over, moving ahead.

The shortest format, over the years, has witnessed dominance of batsmen across the globe with bowlers having little to play for on flat decks with short boundaries.

Does he foresee see a rule change to ease the pressure off bowlers?

“The T20 game is doing very well and there’s no need to tinker with it,” Gavaskar told PTI during an exclusive interview from the UAE where he is working as a broadcaster for the Indian Premier League.

But the iconic figure did put forth a few suggestions which could be seriously considered by the lawmakers of the game.

“It is loaded heavily in favour of the batsmen for sure. So, give a fast bowler two bouncers per over and yes the boundaries can be easily longer, if the ground authorities want it,” he said.

“Also look at giving an extra over to the bowler who takes a wicket in his first three overs. But seriously there’s no need to bring any changes at all,” the 71-year-old opening great added.

Talking about rules, Gavaskar suggested that the TV umpire should be empowered to check whether a non-striker is backing up too far even before a bowler has delivered the ball.

So, why haven’t the custodians of the game thought about penalising the batsman, who is stealing three to five yards by backing up too far at the non-striker’s end?

“There is a penalty of being dismissed if the bowler runs out the non-striker who is moving out of the crease before the ball is delivered,” Gavaskar said.

But he feels that if TV umpire finds that the non-striker is backing up too far, even if there is a boundary, it should be ruled “one short” as a penalty.

“Now that the TV umpire is also checking if the bowler has overstepped for no balls, he should be able to see if the non-striker has left the crease before the ball is released and if he has, then if runs are taken, it can be called one short even if a boundary or four is hit. This should act as a deterrent,” Gavaskar said.

Gavaskar has consistently objected to the use of the term “Mankading” as he believes it is an insult to one of India’s greatest cricketers late Vinoo Mankad.

Mankad ran Bill Brown out at the non-striker’s end for backing up too far during a Test match between India and Australia in 1948.

While Australian captain Sir Donald Bradman had declared that Mankad was perfectly right and acted within the rules, the media Down Under of that era referred to the dismissal as “Mankading”.

“I don’t know about it being deliberately ingrained in us but out of all the so-called unsportsmanlike acts on the cricket field, this mode of dismissal is the only one that has been given a name.

“With all the talk about doing away with terms like ‘Chinaman’ and ‘French cut’ because it’s politically incorrect, it’s about time this disparaging term is dumped in the bin too,” he said.

Gavaskar also lauded senior off-spinner Ravichandran Ashwin, who gave a warning to Aaron Finch for backing up too far during an IPL game between Delhi Capitals and RCB but also made it clear that he wouldn’t spare the batsman the next time.

“Ashwin is one of the most astute of cricketers. By this gesture he has shown respect and regard to his coach Ricky Ponting, who has expressed his displeasure at this sort of dismissal.

“However, he has also announced publicly that this is the final warning and if from now on anybody strolls out of his crease then he should be prepared to walk back to the dug-out,” he concluded.