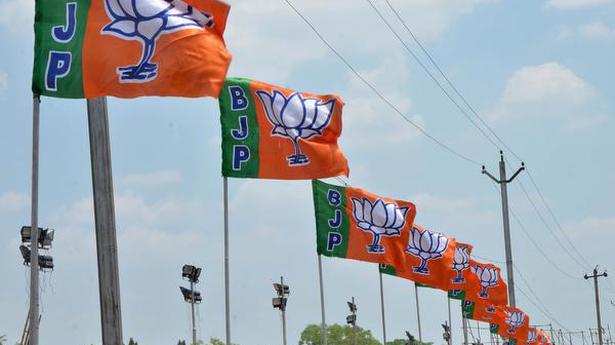 Nine leaders and workers of the BJP have resigned from the party in Ladakh’s Leh district in the past two days, after the party selected 10 new faces to contest the upcoming polls to the Ladakh Autonomous Hill Development Council-Leh (LAHDC-Leh).

“The party has chosen candidates on the basis of their winnability and report card from the ground. We have introduced around 10 new faces,” Dr. Skalzang Dorjey, political affairs in-charge of the BJP, told The Hindu over the phone.

The council polls are scheduled for October 16.

The BJP’s move has upset many leaders and workers within the party. Four councillors, who contested and won the polls five years ago, were among the nine who quit.

“The BJP has done favouritism by not choosing the right candidate for Chuchot seat. The BJP chose a candidate who can’t spell the LAHDC correctly. We can’t support him,” two workers, Manzoor Hussian and Mumtaz Hussian, wrote in a joint resignation letter.

Lobzang Nyantak, a BJP councillor, is among the four other councillors who quit the party.

Also read: LAHDC-Leh poll to be held in October

However, the BJP has downplayed the development. “The BJP remains the largest political party in Leh. It won’t compromise on its agenda of development. Leh saw developmental projects for the past six years,” Dr. Dorjey said.

Of 30 councillors elected to the LAHDC-Leh in 2015, around 18 were affiliated to the BJP.

This time, the BJP is going to the polls with the promise of backing the Sixth Schedule status for Ladakh to safeguard jobs, land and demography of the region. It has also called for further empowerment of the LAHDC-Leh.

“The BJP was part of an apex body that demanded the status of the Sixth Schedule. We have also written to the Lieutenant Governor to further empower the council,” he added.

Meanwhile, sources said the councillors who resigned from the BJP were likely to be fielded by the Aam Aadmi Party (AAP), a new entrant in Leh after regional forces such as the National Conference (NC) and the Peoples Democratic Party disbanded their offices following the August 5 move by the Centre to revoke J&K’s special status and grant Union Territory (UT) status to Ladakh.