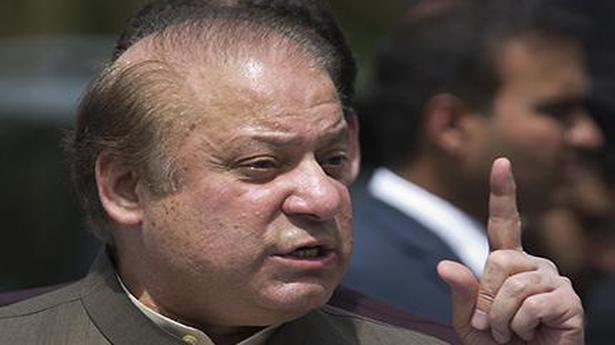 The move came a day after reports of talks between Gen Qamar Javed Bajwa and senior PML-N leader Mohammad Zubair to discuss the future of Sharif and his daughter Maryam Nawaz.

Interestingly, a conference of all mainstream opposition parties on Sunday had accused the military establishment of interfering in Pakistan’s politics and elections.

If necessitated by national security or constitutional requirements, such meetings in the future will be approved by the party’s leadership and will be made public, Sharif wrote on his personal Twitter account.

“Recent events once again prove how some meetings remain hidden behind seven veils while others are given the colour of choice through publicising them. This game should now stop…I am instructing my party that no member in private, individual or collective capacity will meet any representative of army or intelligence agencies,” he said.

Addressing the Sunday’s All Party Conference via a video link from London, Sharif had lashed out at the army, saying there was a state above the state in the country .

The conference’s communique also called for an end to establishment’s interference in politics and no role of armed forces and intelligence agencies in future elections.

Sharif, his daughter and party vice president Maryam and son-in-law Muhammad Safdar were convicted in the Avenfield properties case on July 6, 2018.

Sharif, who was deposed in 2017, was also sentenced to seven years in the Al-Azizia Steel Mills case in December 2018. But, he was bailed out in both cases and also allowed to go to London for medical treatment. He was given eight weeks to return but failed to come back due to health complications.