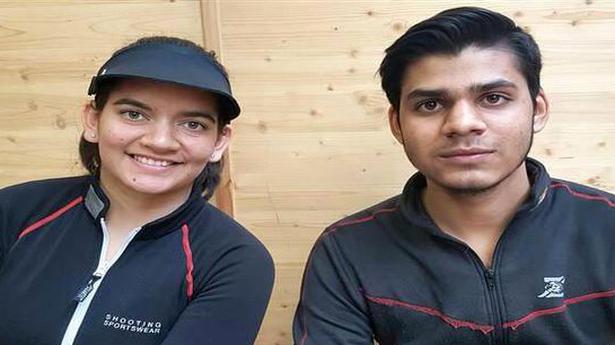 Will be open for 32 shooters, including the 15 who have won Olympics quota places

The Sports Authority of India (SAI), in consultation with the National Rifle Association of India (NRAI), has announced a training camp for core shooters from October 15 to Dec. 14.

The coaches had sought a four to six weeks camp to monitor the schedule of the shooters, who have all been training at home during the lockdown.

The camp, to he held at the Dr. Karni Singh Range in Tughlakabad, will be open for 32 shooters, including all the 15 who have won the Tokyo Olympics quota places.

It is understood that all the shooters, eight Indian and two foreign coaches, and two support staff would stay in a hotel during the camp to ensure all the safety protocols. SAI has estimated the two-month camp would cost about ₹1.43 crore.

Anjum Moudgil, who won the first Olympic quota for the Tokyo Games with a silver in the World Championship, and Divyansh Singh Panwar, the World No. 1 in men’s air rifle, expressed happiness about the camp and preparing together in a team atmosphere.

“Regular shooting in a camp environment will give us a better idea of where we currently stand”, said Anjum.

“Our shooters have been training at home during the lockdown. But, to train together at a camp is going to help them much more.

“We are very happy that SAI has sanctioned this two-month training camp,” said Raninder.