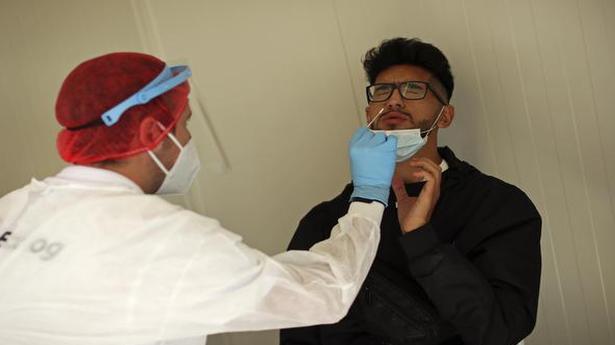 A select list of stories to read before you start your day.

Some 120 million rapid diagnostic tests for coronavirus will be made available to low- and middle-income countries at a maximum of $5 each, the World Health Organization (WHO) said on Monday. The wider availability of quick, reliable and inexpensive testing will help 133 countries to track infections and contain the spread, closing the gap with wealthy ones, it said.

Union Health Minister Harsh Vardhan on Monday said the first vaccine for COVID-19 is likely to be available in the first quarter of 2021.The Minister was speaking at the launch of a dedicated online vaccine portal by the Indian Council for Medical Research (ICMR) that details research studies, COVID-19 vaccine development in India as well as abroad and a history of vaccine development in India.

Denmark on Monday expressed deep concern regarding the COVID-19 situation in India. Prime Minister Mette Frederiksen was addressing the bilateral summit as both sides agreed to intensify cooperation on a wide variety of subjects starting from energy and vaccine production to counter the pandemic.

Sonia Gandhi asks Cong.-ruled States to bring in their own farm laws

The Centre has alerted all States to strengthen security arrangements in communally hyper-sensitive and sensitive districts to prevent possible clashes post the judgment in the Babri Masjid demolition case by a special court for CBI cases in Lucknow on September 30.

Will act if the Constitution is not protected, says West Bengal Governor

West Bengal Governor Jagdeep Dhankhar on Monday said he would be forced to “look into Article 154” of the Constitution, as his office has been ignored for long by the State government. “If the Constitution is not protected, I have to act. The office of the Governor has been ignored for long. I will be forced to look into Article 154,” the Governor told journalists at the Raj Bhavan.

Fierce fighting raged between Azerbaijani and Armenian forces on Monday, sparking bellicose rhetoric from regional power Turkey despite international pleas for a halt in fighting between the longtime enemies. Armenia and Azerbaijan have been locked in a territorial dispute over the ethnic Armenian region of Nagorny Karabakh for decades, with deadly fighting flaring up earlier this year and in 2016.

Royal Challengers Bangalore edged out Mumbai Indians in a thrilling IPL encounter at the Dubai International Stadium which was decided in the Super Over.

Premier League champions Liverpool maintained their 100% start to the season with a 3-1 win against Arsenal at Anfield on Monday leaving them level on nine points with pacesetters Everton and Leicester City.