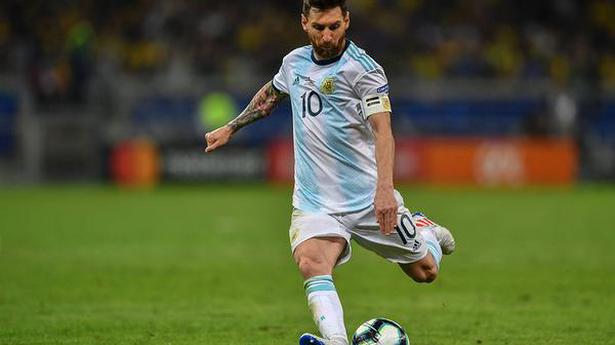 Superstar footballer Lionel Messi will take a break from his Barcelona soap opera as he bids to fire Argentina to the World Cup in Qatar and what will probably be his last chance to try to win the coveted trophy.

The 33-year-old, a record six-time winner of the Ballon d’Or, has won everything in the club game with Barcelona several times over but his international trophy cabinet looks bare in comparison. “The only goal I have now is to win the World Cup with the national team,” he has said.

The closest he has come so far was as losing finalist against Germany in 2014.

Thursday’s clash with Ecuador gives him the chance to start building towards one last tilt at that goal.

He will be 35 by the time the Qatar World Cup ends, and will turn 39 during the following global showpiece in North America.

In the meantime, he has a pair of qualifiers — Argentina also travels to Bolivia next Tuesday — to distract him from his club travails.

Messi tried to force his exit from the Catalan giants in the close season but Barca held firm and a €700 million release clause ensured he remained, albeit disgruntled.

Playing Ecuador in his homeland may provide a welcome respite but it is also fraught with potential difficulty.

Four years ago at the start of qualifying for the 2018 World Cup in Russia, Ecuador stunned Argentina 2-0 at River Plate’s iconic Monumental stadium in Buenos Aires.

It took a hat-trick by an inspired Messi in Argentina’s final qualifier — away to Ecuador — to send the twice world champion to Russia.

Thursday’s match will be in another iconic stadium: Boca Juniors’ Bombonera.

But it will be a surreal experience in an empty ground that would normally be bouncing with stands packed full of some of the most fervent and passionate fans in the world.