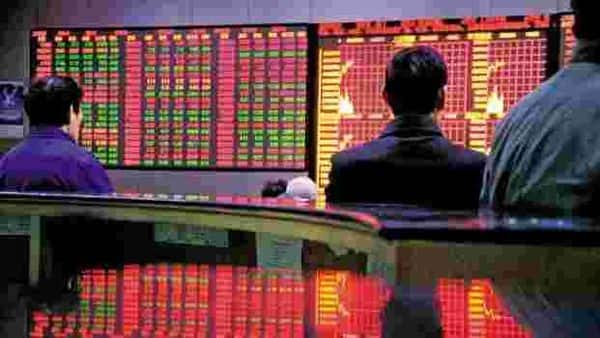 Asian stocks opened higher after tech-fueled Wall Street gains although focus is shifting to renewed US-Sino tensions, which could weigh on investor sentiment.

Wall Street stocks rebounded on Tuesday, led by a 5.7% jump in Amazon.com Inc after Bernstein upgraded the stock to “outperform” on an expected boost from premium subscribers and third-party merchants even once the pandemic is contained.

US stocks had tumbled this month as investors dumped heavyweight technology-related stocks following a stunning rally, which lifted the S&P 500 and the Nasdaq to new highs.

In Asia, Japan’s markets reopen on Wednesday after a two-day public holiday, which could trigger some volatility.

₹5,550 crore into Reliance Retail Ventures Limited, a subsidiary of Reliance Industries. This investment values Reliance Retail at a pre-money equity value of ₹4.21 lakh crore. KKR’s investment will translate into a 1.28% equity stake in RRVL on a fully diluted basis.

Reliance Jio on Tuesday announced a slew of new postpaid plans, setting its sight on the subscriber base of rival telcos. The plans come bundled with over the top (OTT) subscriptions such as Netflix, Amazon Prime, Disney Hotstar including in-flight connectivity among other offers, the Reliance Industries subsidiary said. Telecom stocks will be watched out today.

Tata group stocks will be in focus. The Shapoorji Pallonji (SP) group unexpectedly said it will end its seven decades-long partnership with the Tata group, hinting that it is willing to part with its 18.4% stake in Tata Sons Ltd after India’s biggest conglomerate offered to buy it back from its largest minority shareholder as part of a plan to end the country’s biggest corporate feud.

The Shapoorji Pallonji group, led by billionaire construction tycoon Pallonji Mistry, said on Tuesday that it has concluded that the co-existence of both groups in Tata Sons is infeasible.

The Securities and Exchange Board of India (Sebi) on Tuesday barred promoters of Dewan Housing Finance Corp. Ltd (DHFL) from the securities market, accusing them of indulging in fraudulent transactions and misleading investors by releasing false financial statements for over a decade.

Sebi, on Tuesday increased the penalty amount to ₹1 crore each on three rating agencies, ICRA, CARE and India Ratings, in connection with over-dependence on statements submitted by IL&FS which lead to lapses on their parts while assigning credit rating to the non-convertible debentures (NCDs) of IL&FS. In December 2019, Sebi had imposed a fine of ₹25 lakh each on the three rating agencies – ICRA, CARE Ratings and India Ratings and Research in the matter.

(Reuters contributed to the story)