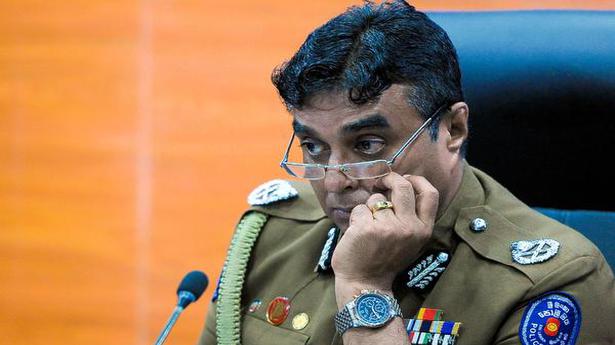 Sri Lankan police have arrested over 200 suspects in connection with the bombings. Links between the NTJ and the Islamic State (IS) were later established.

Former Sri Lankan President Maithripala Sirisena should take responsibility for the 2019 Easter Sunday bombings that claimed the lives of over 250 people, ex-police chief Pujith Jayasundara has told a panel probing the attack, according to media reports.

On April 21, 2019, Easter Sunday, nine suicide bombers belonging to the local Islamic extremist group National Thawheed Jamaat (NTJ) carried out a series of blasts that tore through three churches and as many luxury hotels in the island nation, killing 258 people, including 11 Indians, and injuring over 500 people.

Sri Lankan police have arrested over 200 suspects in connection with the bombings. Links between the NTJ and the Islamic State (IS) were later established.

“I provided intelligence to senior DIGs Nandana Munasinghe, Latheef, Priyalal Dasanayake and Waruna Jayasundara who had been appointed to cover the entire island. Provincial officers were also informed,” the newspaper quoted Mr. Jayasundera as saying.

He said Mr. Sirisena’s brother had ensured the intelligence that he provided was deleted from telecom records, who at the time was the president of Mobitel Telecom, reported the Colombo Page.

Mr. Jayasundara told the commission that Mr. Sirisena had asked him to take responsibility for the attack and indirectly offered inducements — high government post, appointment as an Ambassador.

“He also said he will save me from the Malalgoda Commission, if I accept the responsibility. I left without saying anything, Mr. Jayasundera was quoted in the Colombo Page report.

Former President Mr. Sirisena is scheduled to appear before the commission on October 5. Former prime minister Ranil Wickremesinghe will testify before the panel on October 6.

President Gotabaya Rajapaksa, who pledged an independent probe in the incident during his election campaign in November last year, continued with the same panel appointed by Mr. Sirisena after assuming office.

Mr. Sirisena had appointed the panel as an immediate reaction to pressure from the local head of the Catholic Church Cardinal, Malcolm Ranjith.

The Easter attack was one of the main reasons for the crushing defeat of the Wickremesinghe government in the August parliamentary elections.