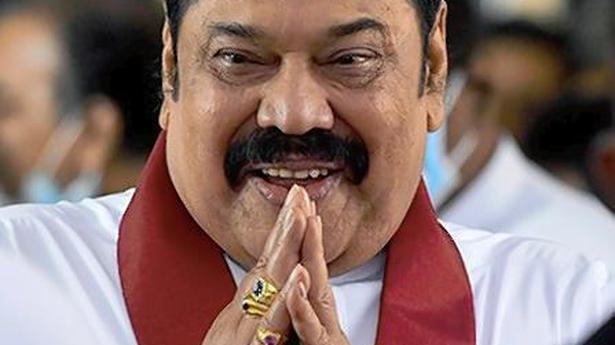 “Our fisher leaders from the Northern Province raised the issue of Indian trawlers poaching in our waters, and using banned fishing practices, often damaging the boats and fishing nets of Sri Lankan fishermen. PM Rajapaksa said he will take up the matter with PM Modi,” Sri Lanka’s Fisheries Minister Douglas Devananda told The Hindu on Friday. “There is a fear that our Navy may not be arresting them fearing the Indian fishermen might be carriers of the coronavirus,” he added.

While Sri Lankan Navy arrested 210 Indian fishermen in 2019, only 34 have been arrested so far this year. Some fisher leaders, including from Point Pedro, point to a “persisting problem” of Indian trawlers, but others note that the number of trespassing bottom-trawlers has come down considerably, especially after Sri Lanka introduced tougher laws and stiff fines for foreign vessels.

“There are also some local fishermen who engage in banned fishing practices. PM Rajapaksa has promised to look into that as well,” said Annalingam Annarasa, leader of the federation of fisher cooperative societies in Jaffna, after Friday’s meeting.

Complaints of Indian fishermen, most originating from Tamil Nadu, will likely be one of the issues taken up by the two leaders in India’s first virtual summit in the neighbourhood. Bilateral cooperation, including development partnership, regional security, COVID-19 response and the political situation are expected to be discussed.

Sri Lanka’s Tamil leadership has expressed hope that the leaders will discuss the pending Tamil question, especially in the wake of some in government calling for abolition of provincial councils, the only structural guarantee so far of a measure of power devolution to the provinces.

R. Sampanthan, the Trincomalee MP and leader of the Tamil National Alliance, said the TNA very wished that India-Sri Lanka relations are further strengthened and that they “continue to be closest neighbours of each other, in every possible way”.

“We are historically, culturally, religiously linguistically very closely associated with each other. This relationship, in my view, will be greatly strengthened by a negotiated peaceful resolution of the national issue in Sri Lanka relating to the Tamil question,” he told The Hindu on the eve of the leaders’ meeting.

“We fully support PM Modi’s message conveyed to President Gotabaya Rajapaksa that the Tamil question must be addressed on the basis of justice, equality and dignity. We want a solution on that basis within the framework of a united, undivided, indivisible Sri Lanka. And we do sincerely hope that the strengthening of relations between India and Sri Lanka will contribute towards the achievement of that objective and will further strengthen our friendship,” he said.