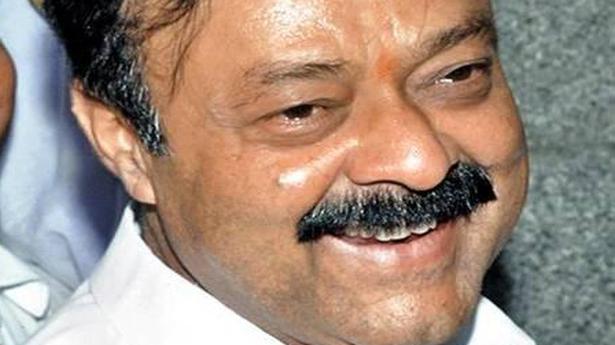 Horticulture Minister K.C. Narayana Gowda and Belli Prakash, ruling party MLA from Kadur, almost came to blows outside the Legislative Assembly on Monday over the issue of releasing funds to Kadur constituency.

As the Minister walked towards the canteen established for legislators, the MLA questioned him over the delay in releasing funds to his constituency. He allegedly passed unsavoury comments about the Minister’s style of functioning. In response, Mr. Gowda first asked him to wear a mask properly while speaking and then directed him to meet him at his office.

When the MLA rushed towards the Minister aggressively, after heated arguments, Congress MLA Satish Jarkiholi, JD(S) MLA Annadani, and Ministers K.S. Eshwarappa and C.T. Ravi intervened and stopped the duo from abusing each other. Then the MLA went inside the Assembly.

Mr. Gowda had quit the JD(S) and joined the BJP last year. He was re-elected in the byelection from K.R. Pet constituency.