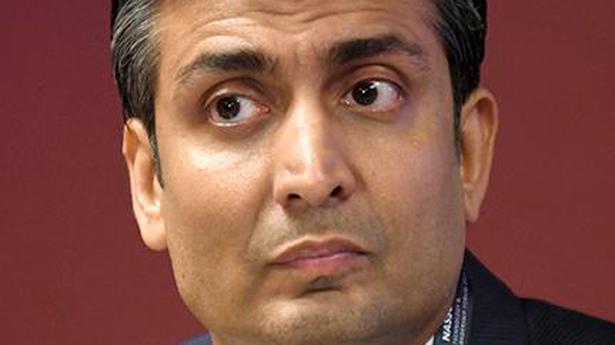 The IT services industry has stabilised with customers coming back, looking for a shift to digital, said Rishad Premji, chairman, Wipro.

Speaking at an All India Management Association (AIMA) event, Mr. Premji said Indian IT services industry struggled during the April-June quarter because customers had cut spending on technology early on during the COVID-19 crisis.

Since then, the industry has stabilised with customers coming back looking for help in shifting to the digital model. “There is a change in the customers’ mindset and they are becoming more comfortable with the digital medium,” he said.

He further said the digital-delivery model had opened up tremendous opportunities for the Indian IT sector, especially in the area of talent sourcing.

“We can crowdsource talent from anywhere in the world and provide the same quality of work from anywhere,” Mr. Premji said, adding “this makes talent more inclusive.”

On the risk posed by the changing technologies to the IT services industry, Mr. Premji said that cloud and software-as-a-service would change the industry, but there were still many large companies in the world with multiple legacy systems and they would need help in transitioning to the new technologies.

According to N. R. Narayana Murthy, Infosys’ co-founder, Indian IT services companies will continue to grow at 7%-10% and their operating margin will continue to be at 15%-20%. However, he argued that the Indian IT companies will have to become more like consulting firms to increase their per capita revenue. “Indian IT industry has to move from reactive problem-solving to proactive problem recognition and solution development.’’

Also speaking at the AIMA event, Mr. Murthy further said during the last five years, there have been a few instances of serious governance deficit. This has created doubts among investors about the quality of corporate governance of Indian companies, he added.

He also expressed concerns about board governance in India. The main source of corporate scams, as per him, was ‘moral weakness’ and ‘incompetence’ of the chairman of the board in the companies where scams happen.

“When the CEO becomes more powerful than the board and the chairman operates at the pleasure of the CEO, then such things happen,” he stated, probably alluding to past instances at Infosys.

Managerial remuneration, Mr. Murthy argued, has to be a fair multiple of the compensation of the lowest level employee in the company. He said if the lowest paid employee’s remuneration was ₹2-3 lakh a year, the CEO remuneration should be ₹70-80 lakh.