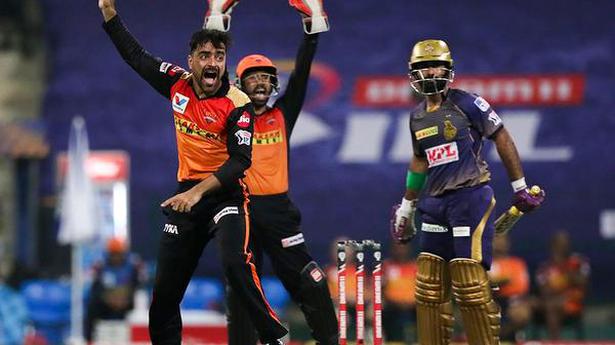 Yet to fire with the bat in the tournament so far, Kolkata Knight Riders skipper Dinesh Karthik has admitted that he needs to up his own game in the coming matches of the Indian Premier League.

Young Shubman Gill shone with an unbeaten 62-ball 70 as KKR overwhelmed Sunrsiers Hyderabad by seven wickets for their first win.

Aftre making a 23-ball 30 in a losing cause in their tournament opener against Mumbai Indians, Karthik failed to open his account on Saturday.

While he was delighted with his team’s convincing win, Karthik, who was dismissed for a three-ball duck, said he will look to get going in the coming matches.

“One duck doesn’t make you a bad player. I need to probably up my game and get a few runs,” Karthik said at the post-match presentation ceremony.

He added, “Always good to get on board. We have been working really hard. I think one of the advantages of having all-rounders and it is a privilege to use them whenever I can.”

Karthik also praised the performances of his young players.

“The fact that we have been able to groom the youngsters is pleasing. It has been an emotional journey for us with (Kamlesh) Nagarkoti for the last couple of years.

“But credit to the management to have stuck to him. It feels good to see the youngsters doing well. I want Gill to enjoy his journey in cricket,” he said.

His counterpart David Warner, who opted to bat after winning the toss, said his team needs to hit more boundaries.

Bowling a disciplined line and length with world number one Pat Cummins leading the way, KKR restricted SRH to 142 for four.

“I think I got my decision right. For us, our strength is death bowling. I thought it was actually a difficult wicket to accelerate on. The Kolkata boys showed us that if you can keep wickets at the end, that’s what wins you games,” Warner said.

“I don’t regret what I did at the beginning of the game and I stick by my decision. Patty Cummins, as he does, (bowled) Test match line and length. There was a little bit of movement here and there.

“We went four or five overs for 20 and coming back with three wickets in hand at the end probably killed us a little bit there. An extra 30 or 40 runs would have been great.”

The prolific Australian opener added, “We have to try and go harder at the top. Can’t help if the bowlers are bowling good lines and lengths. We need to push as hard as we can.

“You can see from our running between the wickets, we do do that. But, we got to improve our boundary percentage. I saw, I think 35 dot balls, which not acceptable in T20 cricket on a wicket that was actually nice to bat on.”

Asked about his team’s top-scorer Manish Pandey, who looked in some discomfort while going off the ground, Warner said, “Not sure. Hopefully, bit of a cramp.”