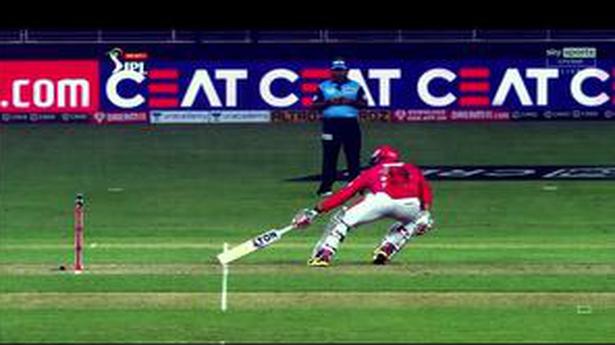 “We have appealed to the match referee. While a human error can happen and we understand that, there is no room for human errors like these in a world-class tournament like the IPL. This one run could cost us a playoff berth,” KXIP CEO Satish Menon said.

KXIP lost the match in a Super Over, with the scores tied after 40 overs of cricket.

From TV footage, it was apparent that umpire Menon, positioned at square leg, had erred in calling non-striker Chris Jordan for a ‘short run’ during the 19th over of KXIP’s chase.

Replays showed that Jordan’s bat was inside the crease before he had turned for the second run. However, umpire Menon signalled that Jordan had not completed the first run and only one run was added to Mayank Agarwal and KXIP’s total.

There were questions after the match from former players about why the decision was not reversed, but as per the playing conditions of both the ICC and the IPL, the on-field umpire can use the assistance of the third umpire only in cases of a possible dismissal or an unclear boundary decision.