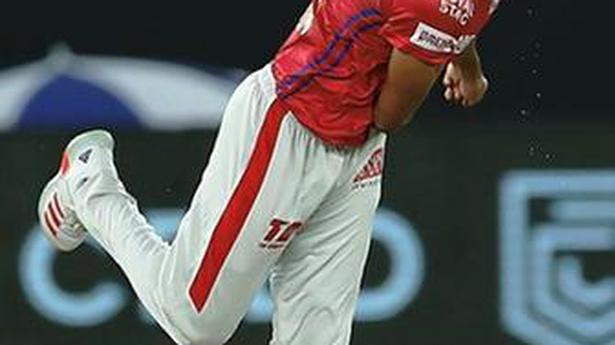 Royal Challengers Bangalore captain Virat Kohli accepted his share of blame for his side’s heavy defeat to Kings XI Punjab in an IPL contest at Dubai on Thursday.

Kohli dropped two sitters, with K.L. Rahul on 83 and 89. The misses allowed KXIP to post a mammoth 206/3 — a target which proved to be out of reach for RCB.

“It doesn’t help to drop a set batsman twice in two overs. These things may look small, but I want to take my example and make all of us understand how important these things can be. We were looking to restrict them to 175-180. I dropped a couple of chances, which doesn’t help. The game gets away from you very quickly. The momentum gets away from you. We left ourselves with a bit too much to chase,” Kohli said, in an RCB video.

KXIP head coach Anil Kumble praised Rahul, whose unbeaten 69-ball 132 accounted for more than RCB’s team total. “It was a fanatic innings from Rahul, which set the tone for the game. It looked as though he was batting on a different pitch, because it was not easy to score runs. He made it look so easy,” said Kumble.