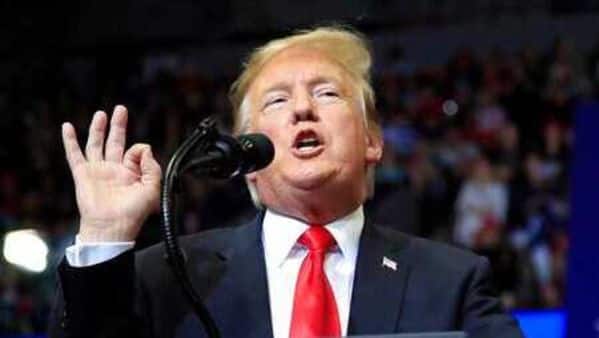 With less than two months left for the U.S. presidential election, Asian investors are weighing its potential impact on markets in the region.

India and Japan are emerging as early focal points for analysts, given that benchmark stock gauges in both nations are still down for the year and trailing the 1.9% gain in the broader MSCI Asia Pacific Index. Joe Biden has a 75.7% chance of winning, according to the Sept. 17 run of poll aggregator FiveThirtyEight’s election forecasting model.

In Japan, the performance of the benchmark Topix Index has tended to weaken around the U.S. elections, mainly reflecting increased uncertainty, while the yen has often depreciated after the vote, according to Goldman Sachs Group Inc.

A victory for Donald Trump or Republicans maintaining control of the Senate would reduce policy uncertainty, while a Biden victory and Democrats seizing control of both houses of Congress would likely mean a corporate tax-rate increase or other new policies, Goldman strategists including Kazunori Tatebe wrote in a Sept. 18 note.

The other major wildcard to consider is the impact of the coronavirus.

“In this presidential election, the coronavirus could mean that it takes longer than usual to determine the final outcome, which could mean longer-lasting uncertainty and headwinds for the Japanese stock market,” the strategists wrote. “Japanese equity investors may reduce their exposure to names with high U.S. sales exposure if a Biden victory looks increasingly likely, given the perceived policy uncertainties.”

Such Japanese companies will be adversely affected by tax hikes while potentially benefiting from infrastructure spending, the strategists wrote, adding that they will also likely be affected by changes in health care, trade and other areas of regulation.

Conversely, India is seen emerging as one of the biggest beneficiaries from the U.S. election, irrespective of the outcome, according to UBS Group AG.

A UBS analysis of the potential impact on a dozen of Asia Pacific’s biggest markets puts India as a winner in each of their three chosen scenarios — a Biden and Democrat sweep, a Biden victory and divided Congress, and a status quo Trump victory. That takes into account factors like trade and foreign policy, Fed policy and fiscal spending on infrastructure.

In case of a Democrat sweep, India would benefit from potentially more favorable U.S. trade policies, while a Trump victory or divided Congress with Biden would also be a win for India on easy Fed policy, according to Niall MacLeod, a strategist with UBS. Indonesia and India have high yield spreads over U.S. Treasuries and could experience more capital inflow if U.S. rates remain lower for longer and global investors hunt for higher-yielding assets, he wrote in a note dated Sept. 17.