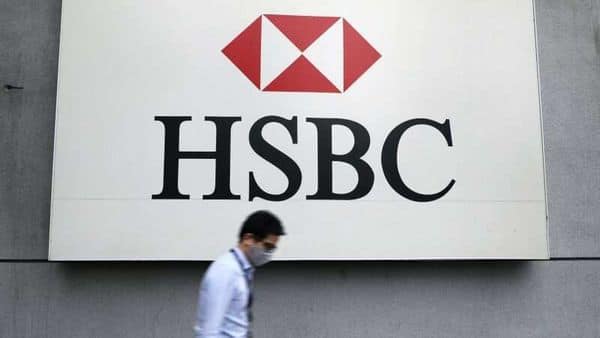 Shares in banking giant HSBC plunged to a 25-year low Monday on fears it could be added to a Chinese list of firms deemed a threat to national security and following news it had been accused of allowing fraudulent activity to go unpunished.

The troubled lender tanked more than four percent to HK$29.60 at one point — a level not seen since mid-1995 — as investors fret over its ability to continue doing business in China and Hong Kong, which make up a crucial portion of its growth.

The sell-off came after the Global Times, a state-run English tabloid in China, reported the bank could be one of the first firms to be named on Beijing’s “unreliable entity list” as part of a tit-for-tat stand-off with several western countries.

The report pointed to HSBC’s participation in Washington’s investigation of Huawei and the arrest of its chief financial officer Meng Wanzhou in Canada.

Among penalties that can be meted out include restrictions on trade, investment and visas.

“If the company is listed as an unreliable company by China, which looks certain since it’s a Global Times article, the bank will be facing lots of difficulties to do business in China,” Banny Lam, at CEB International Investment Corp., told Bloomberg News.

“They may have trouble expanding the mainland business, after investing so much there over the past few years.”

On Sunday, HSBC was among a group of banks said to have allowed fraudsters to transfer millions of dollars around the world even after it had learned of the scam.

The International Consortium of Investigative Journalists cited leaked official US documents that said the bank “kept profiting from powerful and dangerous players” in the past two decades.

HSBC told the investigation team that it has always met its legal duties on reporting suspicious activities.

Shares in another Hong Kong-listed bank, Standard Chartered, also tumbled almost four percent after it was mentioned in the report.

HSBC has seen its share price more than halve so far this year, hit by the pandemic — net profit slumped 69 percent in the first six months — and China-US tensions.

The lender acts as a major business conduit between China and the West but that has left it more vulnerable than most to the crossfire of the increasingly bellicose relationship between the superpowers.

Analysts saw it as an attempt to protect its access to China, which has a track record of punishing businesses that do not toe Beijing’s line. But that has not shielded it from Beijing’s wrath.

“However, the need for a bank capable of bridging the economies of East and West is acute, and we are well placed to fulfil this role,” he added.