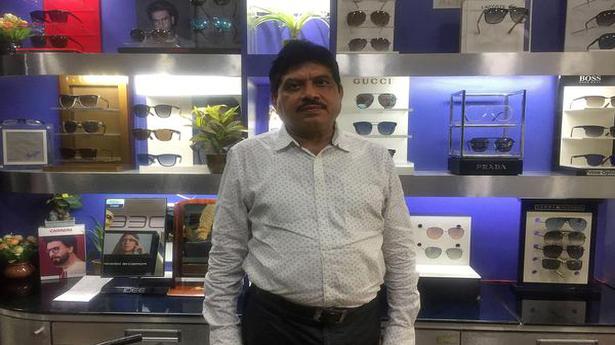 Borrowers demand waiver of interest, ‘interest-on-interest’, while banks fear the case could halve its annual profit.

When business evaporated at Gajendra Sharma’s eyeglass shop a couple of miles from the Taj Mahal during the COVID-19 lockdown, he was relieved to hear about a pandemic debt moratorium that would give him breathing room on his home loan.

That is because a complaint he brought challenging the loan relief plan, grouped with those of other borrowers and now before the Supreme Court, could mean a $27 billion hit to lenders – more than half their annual profits – that could shake the nation’s financial system, the industry and regulators fear.

The battle, launched from Mr. Sharma’s small shop in Agra and now involving more than 120 lawyers, has the central bank and government struggling to defend what was meant to be a helping hand.

The problem, as the other borrowers see it, is that they must pay additional interest on their skipped repayments during the moratorium, which they call “interest-on-interest.”

The borrowers – including a leading real estate industry group, power utilities, shopping malls and small businesses – says the scheme unfairly hits them even as many have been financially devastated by the pandemic, that the banks must forgive the interest and compound interest that accrued while their payments were suspended.

Mr. Sharma says the six-month reprieve, which ended on Aug. 31, increased his debt load because of the extra interest. He is also paying monthly instalments on a $21,700 business loan, for which he did not seek a moratorium.

“I realized this scheme was not to give us relief, but to give us more grief,” he told Reuters in his shop.

Banks caught in the middle

After Prime Minister Narendra Modi’s government imposed the world’s strictest COVID-19 lockdown in March, Mr. Sharma saw no customers for months, though he had to keep paying his $2,700 in monthly recurring costs.

Across this nation of 1.3 billion people, companies say they are struggling to keep up with their loans as the lockdown has choked business and consumer spending. The economy collapsed a record 23.9% in the April-June quarter from a year earlier.

Now, even with the moratorium, “the interest-on-interest will result in winding up various real estate and other companies,” said Utsav Trivedi, a lawyer representing one group of Mr. Sharma’s fellow complainants.

In a typical case, a homeowner with 15 years remaining on a roughly $40,000 loan would pay an additional $6,000 in interest due to the moratorium, an extra 16 months’ worth, explains State Bank of India.

Citing Mr. Sharma’s case, the finance ministry last week ordered a panel to analyse the impact of withdrawing interest and the compounding levy.

The Supreme Court appears sympathetic to the borrowers on the extra interest. During the most recent hearing on Sept. 10, Justice Ashok Bhushan said the court was “inclined to pass an order” that banks forgive the additional levies.

Banks, too, are reeling from the pandemic, and the industry fears a major judicial setback, given that the court has previously overturned government decisions in ways that hit sectors from coal mining and telecommunications.

Banks already have bad loans of over $120 billion, much of it on the books of state-run lenders, and the non-performing debt is set to surge in coming months. Any deterioration in their books would force the government, itself deeply indebted, to set aside billions of dollars to recapitalise the banks.

Combined annual profits at private banks and state-owned banks is some ₹3.2 trillion “so a waiver of interest will be totally destabilising,” said analyst Anil Gupta at credit rating agency ICRA.

The Reserve Bank of India told the court an “interest-free” moratorium would cut the sector’s income by at least ₹2 trillion, or 1% of India’s GDP. “There would be huge consequences for the stability of the banking system,” the central bank said.

The finance ministry told the court last month what waiving what it says is standard compound interest would be “against the basic canons of finance”, adding it was crucial to protect the more than 1.9 billion deposit accounts that earn interest income.

The central bank and ministry did not respond to requests for comment.

Mr. Sharma said he remains hopeful he will get relief. “With faith in God I’ve thought of ways to come out of this muddle,” he said about his case, which will next be heard on Sept. 28.