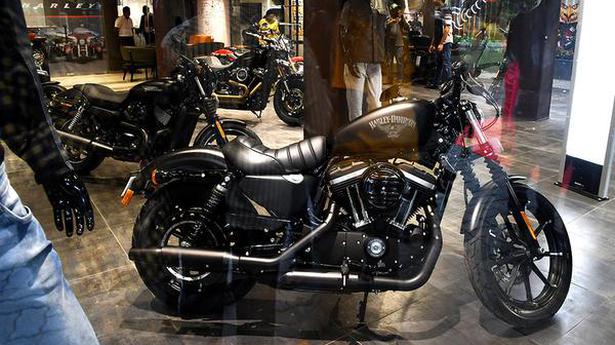 Harley-Davidson Inc. has announced that it will discontinue its sales and manufacturing operations in India and shed about 70 jobs in the country as part of a global strategic restructuring plan ‘The Rewire’.

“Harley-Davidson plans to close its manufacturing facility in Bawal and significantly reduce the size of its sales office in Gurgaon,” the U.S. motorcycle major said in a statement. “The company is communicating with its customers in India and will keep them updated on future support. The Harley-Davidson dealer network will continue to serve customers through the contract term,” it said.

Harley’s decision to exit one of the world’s largest markets for two-wheelers — domestic motorcycle and scooter sales in the 12 months ended March 2020 exceeded 17 million units — follows a struggle to find takers for its bikes, including the Street, which saw it register sale of less than 2,500 units in the last financial year.

The U.S. company’s decision to exit manufacturing also undermines the government’s efforts to attract and retain global manufacturers as it aims to woo investment from firms looking to exit China.

Observing that it was changing its business model in India and evaluating options to continue to serve its customers, the company said, “These actions are aligned with ‘The Rewire’… leading to ‘The Hardwire’, a new strategic plan for 2021-2025 aimed at building desirability for the Harley-Davidson brand and products.”

In a filing with the U.S. Securities & Exchange Commission, Harley said, “the Company expects to incur restructuring expenses of approximately $75 million in 2020, of which approximately 80% are expected to be cash expenditures, including one-time termination benefits of approximately $3 million”.

The company expects to complete restructuring within the next 12 months. Harley has been scrambling for years to grow sales beyond baby boomers in the U.S. and has not posted retail sales growth there in the past 14 quarters, Reuters reported.

Chief Executive Officer Jochen Zeitz, who took the reins at the company in February, had unveiled a major shift in strategy to boost profits by reducing Harley’s product portfolio by 30% and investing in 50 markets with growth potential in North America, Europe and parts of Asia Pacific.

India, still far cheaper and poorer than many of the developing economies with which it competes for investment, has proven an inhospitable market for other auto industry players.

Last year, Ford Motor Co pared back its interests and ceased independent operations in India by entering into a joint venture with Mahindra & Mahindra.

General Motors, which stopped domestic sales in 2017, also plans to stop manufacturing and exports from India by the end of this year.

(With inputs from Reuters)