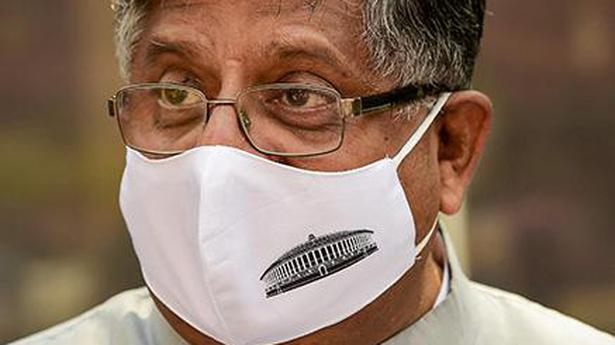 The Ministry of Electronics and IT said it had approved 16 proposals by electronics manufacturers, including Samsung, Foxconn, Lava and Micromax, entailing an investment of ₹11,000 crore under its Production Linked Incentive (PLI) Scheme.

The PLI-scheme, which was notified on April 1, 2020, extends an incentive of 4%-6% on incremental sale of goods, under target segments, that are manufactured in India for a period of five years.

Among the international firms approved, Foxconn Hon Hai, Wistron and Pegatron are contract manufacturers for Apple iPhones. The Ministry, in a statement, noted that Apple (37%) and Samsung (22%) together account for almost 60% of global sales revenue of mobile phones.

IT Minister Ravi Shankar Prasad said, “We are optimistic and looking forward to building a strong ecosystem across the value chain and integrating with the global value chains, thereby strengthening electronics manufacturing ecosystem in the country.”

Over the next five years, the approved companies under the PLI Scheme are expected to lead to total production of more than ₹10.50 lakh crore, of which around 60% will be exports.

Further, the government expects domestic value addition to grow from the current 15-20% to 35-40% in case of mobile phones and 45-50% for electronic components.