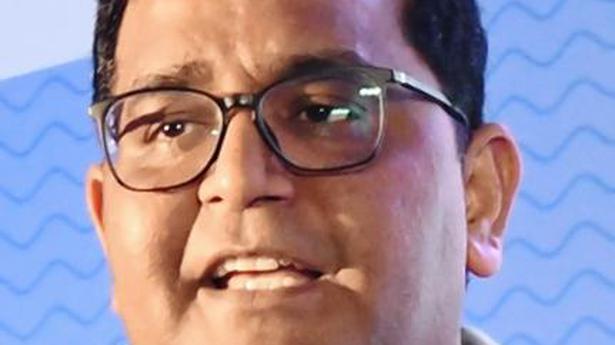 Paytm’s Vijay Shekhar Sharma on Thursday stepped up his fight against Google as he sought government intervention to help create a level playing field so as to “not allow somebody [to hold] to ransom” Indian app developers and to ensure all stakeholders complied with Indian laws.

He also alleged that Google was acting like a “toll collector instead of trying to enable the ecosystem”.

Mr. Sharma has rallied about 100 homegrown firms in opposing Google Play Store’s new norms mandating the use of its billing system after March 2022, which would entail app developers needing to pay 30% transaction fee for all digital goods sold via their apps to Play Store. The group also plans to form a united front against global firms such as Google, Apple and Facebook, he said.

Paytm aims to onboard one million apps on its new Android ‘mini app store’ in the next year or so, coinciding with the deadline for new Google Play rules, Mr. Sharma said, announcing a ₹10 crore “equity investment” scheme for mini app developers in the country.