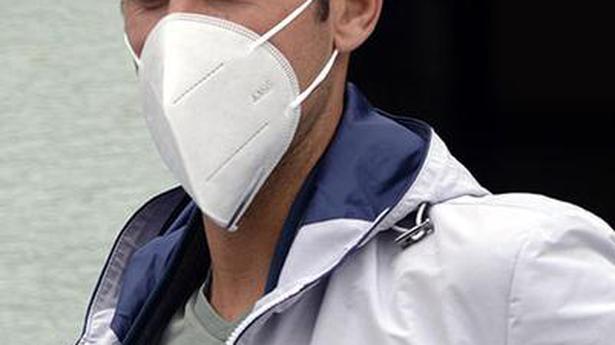 Halep the player to beat in the women’s section; Serena launches another bid to equal Court

Novak Djokovic will renew his love-hate relationship with Roland Garros in the knowledge that it is himself rather than seemingly unsettled 12-time champion Rafael Nadal who could pose the greatest threat to winning a second Paris title and 18th Grand Slam crown.

The only man to beat Djokovic in 2020 is Djokovic after the Serb’s sensational disqualification from the US Open.

The 33-year-old arrives in the French capital with a 31-1 record this year after his New York brain-fade was followed by a record 36th Masters title in Rome.

Roger Federer will miss the French Open as he rehabs his injured knee while Nadal has played just three matches since February, a ring-rustiness evident in his quarterfinal exit in Rome.

“It’s Nadal,” insisted the World No. 1 when pushed on who is the favourite. “You just can’t put anybody in front of him.”

Nadal, meanwhile, is eyeing a 13th French Open. Since his title-winning debut in 2005, the Spaniard has only lost twice at Roland Garros in 95 matches — to Robin Soderling in 2009 and Djokovic in 2015.

Nadal cut an unsettled figure at a pre-tournament press conference on Friday where he admitted the cold and damp conditions forced him to face his “most difficult ever Roland Garros”. He is also unhappy about using a new brand of ball.

“For the health of the players, the ball is super heavy and becomes dangerous for the elbow and for the shoulders,” he said.

Serena Williams can never be discounted as she launches another bid for a record-equalling 24th Grand Slam singles crown, but Roland Garros is the American’s least successful Major despite her wins in 2002, 2013 and 2015.

Garbine Muguruza, who defeated Williams in the 2016 final, is another contender while fellow former world number one Victoria Azarenka is hoping to take the momentum from her run to the US Open final into Paris.