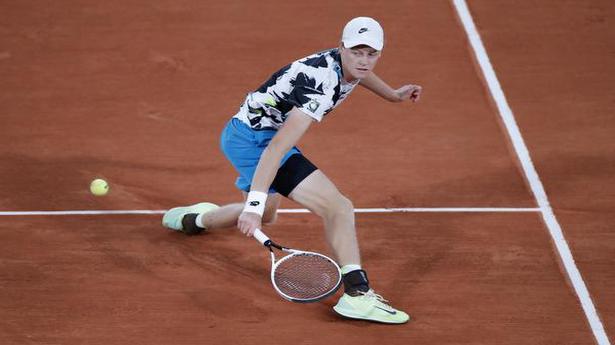 Italian teenager Jannik Sinner upset 11th seed David Goffin in a breezy 7-5, 6-0, 6-3 victory on his French Open debut on Sunday to confirm his status as one of the most exciting talents in men’s tennis.

Playing the opener on the showcourt in this year’s tournament, 19-year-old Sinner showed he belonged to this stage. The duo traded two breaks of serves in the initial stages of the match before getting the crucial third break to take the opening set.

It was all Sinner after that as his sizzling forehand started generating more power and Goffin struggled to stay in the rallies as the Italian won 11 straight games to close in on victory.

Sinner converted his second match point when his opponent sent a forehand wide and followed it with a subdued celebration, showing the same calm and composure he displayed during the two hours on court.

The former World No.1 and 2018 winner, who skipped the US Open, took her unbeaten run to 15, dating back to her Dubai victory in February shortly before the professional circuit shut down due to the COVID-19 pandemic.

Against an opponent she had never met before, Halep champion found herself down 4-2 in the opening set but the Wimbledon champion shifted gears and won the next eight games to complete the victory in an hour and 22 minutes.