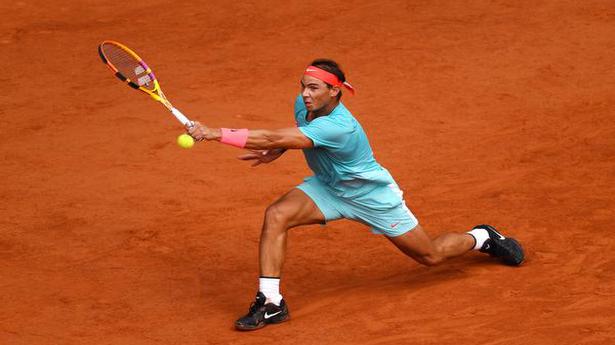 For 34-year-old Nadal, it was a 99th win at Roland Garros since his 2005 debut and put him just one win away from equalling Roger Federer’s all-time record of 20 Grand Slam titles. He is also into his 28th final at the Majors and has not dropped a set this year.

“It’s always incredible to play here and this is a very special moment,” said Nadal after a 10th win in 11 matches against Schwartzman, who had shocked him in Rome last month.

“I played a couple of bad points in the third set but Diego is a very tough player. He probably makes more breaks on the tour than others. “It was difficult until the end but it was a positive match for me.”

Nadal fought off two break points in a marathon 14-minute opening game. The World No. 2 then broke for 2-0 but Schwartzman retrieved it immediately. It was a brief respite as the 28-year-old was broken again in the fourth game.

The Argentine saved a couple of set points but dumped the third one in the net and the opener was Nadal’s after 65 minutes on court. Nadal was comfortably the stronger, breaking in the third and ninth games for a two sets lead.

With the match and his spirit seemingly drifting away, Schwartzman dropped serve again to go 3-1 down in the third.

But he rallied as Nadal slipped into passivity and by the 11th game he was on back on serve although he remonstrated with himself for squandering three break points that would have left him serving for the set. That was his last chance as Nadal stormed through the tiebreaker. The Argentine was left to regret his 48 unforced errors.