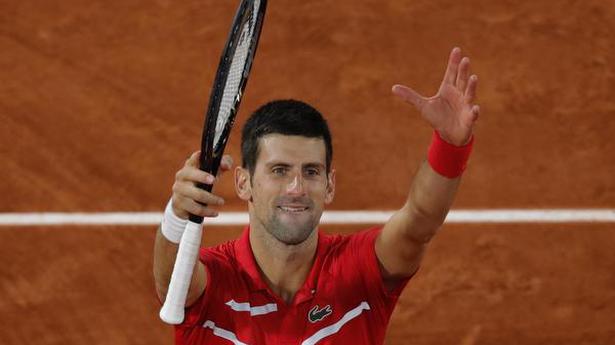 World number one Novak Djokovic defended resolutely to outlast big-hitting Greek Stefanos Tsitsipas 6-3 6-2 5-7 4-6 6-1 in an enthralling contest on Friday to advance to the final of the French Open.

“Here, he (Nadal) is the favourite, it’s his home here. With all the titles he’s won … but in 2015 I won here against him in the quarter-finals,” Djokovic said in his on-court interview.

“I hope I can recuperate, I need my best tennis. It’s maybe the biggest challenge in our sport to play Nadal at Roland Garros. I look forward to it, I’m happy to be here and motivated to win.”

Djokovic, whose 2016 Roland Garros triumph features among his 17 major titles, had a match point in the third set but saw the 22-year-old Tsitsipas fight back spectacularly to level the match at two sets apiece.

Tsitsipas, seeded fifth, ran out of steam in the deciding set but saved another match point before the 33-year-old sealed the win with a crushing service return in three hours and 54 minutes on Court Philippe Chatrier.

“We have to congratulate Stefanos for this great battle. In the end he was tired obviously, it was not easy after four hours,” Djokovic said. “He’s a very good player and I wish him well for his career.

“I was calm on the surface but inside it was something totally different. I thought that after losing the third set, and the fourth, I was still solid.”