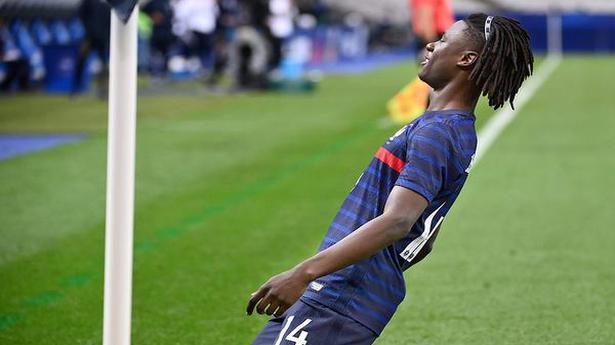 France’s 7-1 thrashing of Ukraine was the pick of the European friendlies on Wednesday as Spain clung on for a draw in Lisbon and Turkey saved pride with a late goal against Germany in Cologne.

At the Stade de France, it was teenager Eduardo Camavinga and veteran Olivier Giroud inflicting much of the damage for Didier Deschamps’ world champion on COVID-19 hit Ukraine.

The 17-year-old Camavinga put himself on the map, becoming the youngest man to score for France in over a century, with an audacious overhead flick for the ninth-minute opener.

Deschamps made Giroud captain for his 100th appearance and in return the Chelsea forward scored a first-half brace that left him on 42 international goals, just nine short of Thiery Henry on 51.

Cristiano Ronaldo and Renato Sanchez both struck the woodwork for Portugal, which then should have won it in injury-time only for Joao Felix to miskick at the back post.