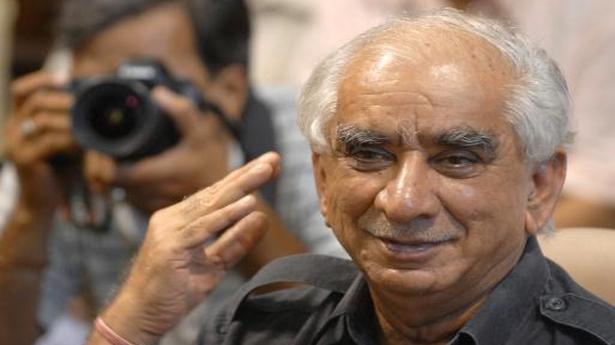 Former Union Minister Jaswant Singh passed away on Sunday. He was 82.

He had served as the Minister of Defence, Minister of Finance and Minister of External Affairs under Atal Bihari Vajpayee’s Cabinet. Prior to entering politics, Singh had been an officer in the Indian Army.

Singh was being treated at the Army Hospital for Sepsis with Multiorgan Dysfunction Syndrome before he suffered from a fatal heart attack, according to the Army Research and Referral hospital.

“Jaswant Singh Ji served our nation diligently, first as a soldier and later during his long association with politics. During Atal Ji’s Government, he handled crucial portfolios and left a strong mark in the worlds of finance, defence and external affairs. Saddened by his demise,” wrote PM Modi on Twitter.

Singh was also one of the founding members of the Bharatiya Janata Party.

“Jaswant Singh Ji will be remembered for his unique perspective on matters of politics and society. He also contributed to the strengthening of the BJP. I will always remember our interactions. Condolences to his family and supporters. Om Shanti,” PM Modi wrote, adding he has conveyed his condolences to Singh’s son Manvendra Singh.