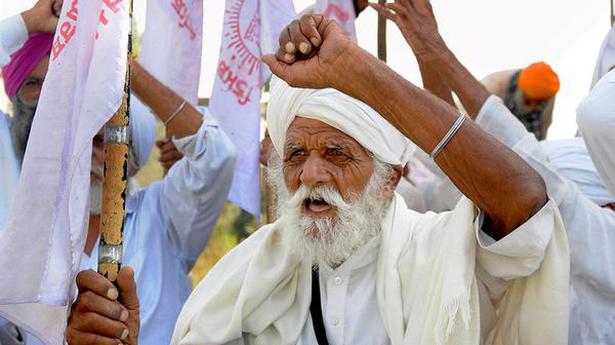 Farmer outfits in Punjab on Wednesday collectively turned down the invitation of the Central government to attend a meeting, slated for October 8, “to address the concerns” surrounding the three agriculture sector laws.

Data | Farm Act wants farmers to sell outside mandis, but most already do so

Members of as many as 30 farmer outfits held a meeting here, in which it was decided that farmers would not participate in any meeting as the government’s approach seems to be “non-serious” towards addressing farmers’ concerns.

“We have rejected the invitation extended by Agriculture Secretary Sanjay Agarwal to several members of different outfits for the conference. The language of the letter sent to us indicated that the meeting was not for any conversation or discussion on the farm laws. But it seems a call from the Agriculture Secretary to explain the benefits of these laws to the farmers,” said Jagmohan Singh, general secretary, Bhartaiya Kisan Union (Dakaunda). “It shows the non-serious approach of the government,” he added.

Also read | The Hindu Explains | Who gains and who loses from the farm Bills?

Mr. Singh said farmer outfits had also decided to continue their ‘rail-roko’ agitation across the State. “It was also decided that if the Punjab government did not convene an Assembly session by October 15 to repeal the agriculture sector laws, we will start boycotting Congress leaders in the same way as the BJP (Bharatiya Janata Party) leaders are being boycotted,” he said.

The Secretary, Department of Agriculture and Farmers’ Welfare, government of India, had written to representatives of different farmer organisations, inviting them for a meeting in New Delhi on October 8, to address the concerns regarding the impact and implementation of new farm laws.